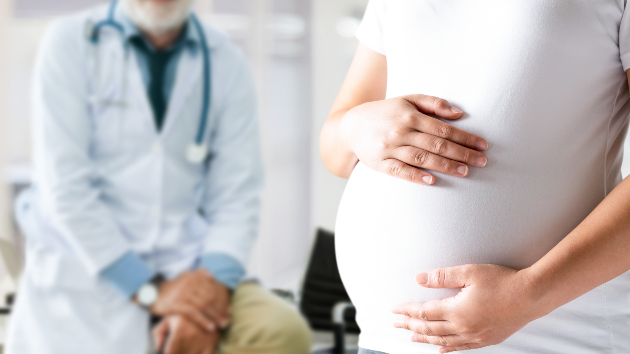 (NEW YORK) — A new government recommendation on healthy weight gain during pregnancy calls for more counseling from health care providers, and emphasizes working routinely on this with all women throughout their pregnancy.

The recommendation from the U.S. Preventive Services Task Force (USPSTF), an independent and volunteer panel of national experts, goes further than past recommendations in calling on clinicians to offer pregnant women “effective counseling programs to help them maintain a healthy amount of weight and prevent excess weight gain.”

The grade may also make the counseling programs more accessible to more pregnant women as most private insurance plans are typically required to cover preventive services that get an A or B grade from USPSTF.

“What’s new about these recommendations is they are actually putting the onus of responsibility on the health care professional to counsel women who are pregnant or, ideally, about to be pregnant about the risks associated with excessive weight gain,” said Dr. Jennifer Ashton, ABC News chief medical correspondent and a board-certified OBGYN and nutritionist.

“Unfortunately most health care providers don’t have the training to be able to really help counsel women,” she said. “So it’s really kind of a call to action for all of us to learn as much as we can about nutrition and dietary counseling so that we can help these women during this really important time in their lives.”

For women who are considered of normal weight before getting pregnant, the recommended weight gain during pregnancy is 25 to 35 pounds, according to the Centers for Disease Control and Prevention (CDC).

For women who are considered overweight or obese, the recommended weight gain is a maximum of 20 to 25 pounds during pregnancy, according to the CDC.

The guidance on recommended weight gain varies if there are twins, pre-existing medical conditions or complications during pregnancy.

The risks of gaining less than the recommended amount of weight in pregnancy include delivering a baby who is too small, which can lead to complications for the baby.

Excessive weight gain in pregnancy, and in starting pregnancy with excess weight, are both associated with complications such as higher rates of hypertension/preeclampsia, gestational diabetes, larger babies and cesarean delivery. Obesity is also associated with increase in miscarriage, birth defects and late term stillbirth, according to Dr. Laura E. Riley, obstetrician and gynecologist-in-chief at New York-Presbyterian and Weill Cornell Medicine.

“The obesity epidemic in women in general and then those who become pregnant needs attention,” Riley, who is not a member of the task force, told ABC News. “Every intervention that can modify weight gain should be implemented.”

The task force’s recommendation on pregnancy weight gain calls for counseling intervention on topics including nutrition, physical activity and lifestyle or behavior changes. It also calls for a collaborative approach from clinicians, dietitians, qualified fitness specialists, physiotherapists and health coaches.

The task force did not include a one-size-fits-all target for weight gain during pregnancy, focusing instead on how clinicians should work with patients on developing a customized approach for each pregnancy

“Clinicians are aware of the data and it is communicated to patients, but the next step of giving concrete advice about how to control weight gain, about exercise, including how much and how often, as well as nutrition, happens to a lesser degree,” she said. “This [recommendation] is for something intentional and likely more comprehensive than the casual conversation that likely happens.”

Riley’s advice for pregnant women is to eat a normal, balanced diet and to exercise for at least 30 minutes per day, five times per week.

She said that having a healthy pregnancy sets up a woman for continued health following the pregnancy too.

“We know excessive pregnancy weight is very difficult to shed post baby,” she said. “And not losing baby weight is a leading cause of long-term overweight and obesity for women, which then increases their risk for cardiovascular disease.”