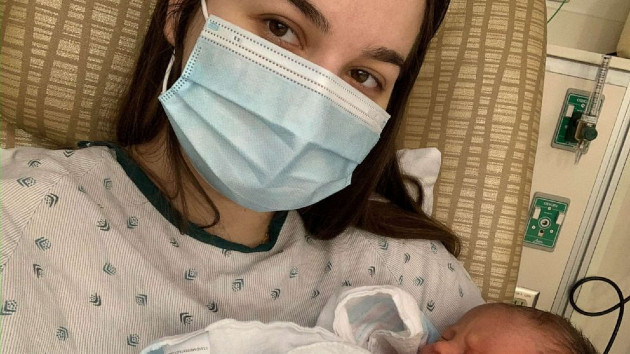 (NEW YORK) — Mothers are speaking out after four labor and delivery nurses from Emory Healthcare were disciplined following a TikTok video that appeared to show them making fun of patients.

In the video, the nurses are seen talking about their “icks,” or what annoys them the most about expecting mothers, including asking for food or a shower after arriving at the hospital for induced labor, visiting the nurses’ station after hitting the call button, and declining pain medicine or an epidural.

The video, which was viewed more than 100,000 times before it was deleted, received intense blowback, much of which came from women who had their own negative experiences with nursing staff during childbirth.

In a statement provided to ABC News, Emory Healthcare wrote that it had “investigated the situation” and “taken appropriate action with the former employees responsible for the video.”

“This video does not represent our commitment to patient- and family-centered care and falls far short of the values and standards we expect every member of our team to hold and demonstrate,” the statement continued. “At no time should our patients ever feel they are not being treated with care and respect. Every patient at Emory Healthcare deserves to be cared for by a compassionate, experienced team in a comfortable and safe environment.”

Many of the women who watched the video told ABC News they believe most nurses are hard-working and care for their patients, but hearing the Emory nurses’ comments was stressful and disheartening.

“I was shocked. I sincerely thought that they were joking at first, but then it started going viral,” Aleah Enyeart, a mother-of-two from South Bend, Indiana, told ABC News. “I think I speak for several other parents who saw the video about how unprofessional and hurtful it can be towards the pregnant population because it’s such a vulnerable time.”

Enyeart, 24, said the video particularly struck her because when she was medically induced during childbirth with her first child in February 2021, she had a nurse she said she “never felt supported by.”

She said during her labor, the nurse did not encourage her and even left for a shift change without telling her.

“And that was kind of hurtful, because I was looking for that empathy and compassion since it was my first labor,” she said. “It really makes us question, as laboring patients, how our nursing staff can think about one of the most vulnerable times in a woman’s life where we’re needing all that support and care that we can get.”

Alexis Evans, 24, from San Antonio, Texas, said she felt “insecure” after watching the clip because she had done some of the things the nurses described as “icks” in the video during the birth of her first son in June 2020.

“I’d totally done some of the things that they have said, like going in for an induction and asking for food,” Evans said. “And so, it’s like, is that something that’s annoying? And I feel like if I go into a hospital, what are they saying about me? And that’s the last place that you want to feel like that.”

Evans said when she received an epidural, it didn’t completely take, which led to her experiencing extreme pain on one side of her body.

“I was really emotional. I was in a lot of pain, and I did start crying because I was so overwhelmed,” she said. “[The nurse is] like, ‘Why are you crying?’ And I just felt like a nuisance and so she just wasn’t comforting at all.”

Evans and Enyeart both posted about their birthing experiences on TikTok and received tens of thousands of views and hundreds of comments from women sharing similar stories.

Each said they have since had good experiences with labor and delivery nurses and believe the majority are not judgmental or mocking. But they hope the conversation encourages other women to advocate for themselves during pregnancy and childbirth.

“I’ve had a few hundred women comment on my video, and just explain how their birth trauma still affects them to this day, even a few months and a few years later,” Enyeart said. “Even sometimes, women [reflect] on those moments where it was supposed to be one of the happiest days of their life is giving birth to a child, but because of the lack of compassion, empathy given by the nursing staff or not being taken serious or neglecting the birth plan, I think it is something that is just so hurtful towards women, and can have a serious mental health aspect, even years and years down the road.”

Dr. Nicole A. Smith, a maternal-fetal medicine specialist and medical director of the maternal fetal medicine practice at Brigham and Women’s Hospital in Boston, said the video of the labor and delivery nurses was especially hard to watch given the maternal mortality crisis in the United States.

“Unfortunately, women are still dying in childbirth in this country and Black and indigenous women are dying two to three times more frequently than other women are,” Smith told ABC News. “And we know that disrespectful interactions during the childbirth process can lead to gaps in patient safety.”

Around 700 women die each year in the U.S. due to complications of pregnancy or delivery, according to the Centers for Disease Control and Prevention.

During the COVID-19 pandemic, maternal mortality rates in the U.S. climbed 33%, with Black and Hispanic women dying at much higher rates than white women, according to research published in June by the University of Maryland and Boston University.

In September, the CDC released new data showing that four out of five pregnancy-related deaths in the U.S. are preventable.

Smith said the maternal mortality statistics combined with data showing that women often feel mistreated during childbirth, shows there is still “a lot of work to do” to ensure women have positive and successful pregnancy outcomes.

“We’ve seen this data from across the country. It’s not new, and it’s just sad that it’s still happening,” she said. “And not only is it still happening, but it is normalized enough that disrespectful interactions can be posted on social media.”

Dr. Jennifer Lincoln, a board-certified OBGYN in Oregon, said she saw the TikTok video by nurses as “harmful” to patients.

“Labor and birth are vulnerable times and to see the people who are caring for you and mocking you isn’t OK,” she said. “This is even more concerning for people of color who may be even more concerned about their labor and birth experience, because they know that the risks are higher for them, and they’re already concerned that they may be treated differently.”

Lincoln added that she is also concerned that a video like the one that went viral can paint a negative picture of the childbirth process.

“Birthing people deserve an environment that is supportive and that they know that they can be vulnerable and they won’t be mocked and they’ll be listened to,” she said. “This kind of social media content does the opposite of that, and I hope that people out there know that this is not how we all are and that many of us actively work to provide care where you feel seen and heard and safe.”

Both Lincoln and Smith said that women should feel empowered to speak up during pregnancy and childbirth.

“That worry of being judged is what silences people, and when they’re silenced, they’re less likely to bring forward concerns that they may have about is this right, is this normal, is what I’m feeling normal, and that is what can lead to delays in diagnosis of complications,” said Smith.

Smith continued, “Pregnant women should seek out providers who they feel are treating them respectfully, who are hearing them, who are centering them within the experience of pregnancy and childbirth and seek out institutions, whether they be hospitals or birthing centers, where they feel that their voices are being listened to and that they are being treated respectfully.”