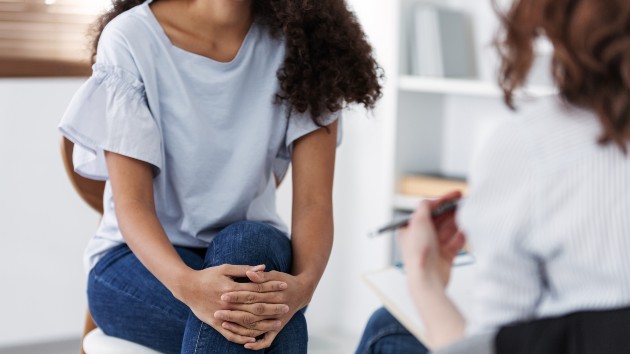 The new initiative, called “We, As Ourselves,” launched Wednesday and was created “to change the conversation about sexual violence and its impact on Black communities,” the organizations said in a press release.

The “We, As Ourselves” initiative will include a “week of action” during Sexual Assault Awareness Month in April, which will specifically focus on supporting Black survivors.

“Dear survivor, I believe you. Even when the world seems to cut you down for showing up. I see you,” several woman share during the nearly two-minute video.

“Thank you for risking it all to come forward and share your truth, even when it meant doing it alone,” they continue.

“We promise to get refocused around how the realities of sexual violence plagues our communities, and we give the bonds that we have with each other,” several women vow. “We are committed to raising our voices in love and solidarity, even when it’s hard, even when it’s complicated.”

In a statement to ABC News’ Good Morning America, Monifa Bandele, chief operating officer of Time’s Up, shared more about the goal of the newly released “We, As Ourselves” initiative.

“Black survivors have been on the frontlines of the fight to address sexual violence, but society and the media have continued to shut us out of the conversation,” Badele said.

“We created We, As Ourselves to take back the narrative and affirm our commitment to creating safe spaces where Black women, girls, gender nonconforming, and trans survivors can speak on our own terms and in our own words,” her statement continued.

More than 1 in 5 Black women (22.0%) and white non-Hispanic women (18.8%) and 1 in 7 Hispanic women (14.6%) in the U.S. are survivors of rape, according to the Centers for Disease Control and Prevention’s National Intimate Partner and Sexual Violence Survey.

The new “We, As Ourselves” campaign follows #MeToo and Time’s Up’s joint open letter to Black survivors released in early February. Read the letter in full here.