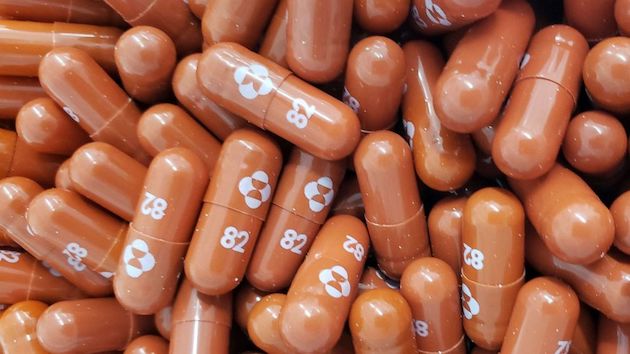 (NEW YORK) — The United States government has agreed to purchase $1.2 billion worth of an experimental COVID-19 treatment from Merck if the drug is approved by regulators, the pharmaceutical company announced Wednesday. This purchase would provide enough medication to fully treat 1.7 million people with the new drug.

Molnupiravir, which is currently in Phase 3 clinical trials, is being tested on study participants who have been diagnosed with COVID-19, aren’t hospitalized and have one or more risk factors, such as diabetes, obesity or old age, associated with worse outcomes from the disease.

If the 1,850-patient global study shows promising results, meaning it reduces participants’ risk of hospitalization or death, Merck plans to apply to the Food and Drug Administration for emergency use authorization in the second half of 2021. The company expects to have enough of the drug available by the end of the year to fully treat 10 million people.

“In addition to this agreement with the U.S. government, we are actively engaged in numerous efforts to make molnupiravir available globally to fulfill Merck’s commitment to widespread access,” Rob Davis, Merck’s president, said in a statement.

How the drug works:

Molnupiravir is an oral antiviral treatment taken early in the course of COVID-19 infection, which some researchers have compared to how Tamiflu is used to treat influenza. Molnupiravir is meant for mild-to-moderate COVID and needs to be given within five days of developing symptoms.

Later this year, Merck also plans to study whether molnupiravir can be used to prevent COVID-19.

The drug works by introducing errors into the virus’ RNA, which stops it from replicating in the body. Clinical trial data so far suggest that molnupiravir may reduce replication of the SAR-CoV-2 virus. Previous studies have demonstrated that molnupiravir can inhibit virus reproduction for influenza, Ebola and Venezuelan equine encephalitis virus, but the FDA has not approved it as treatment for any of these diseases.

In January, Merck announced that it was giving up on its two COVID-19 vaccine candidates, which the company said generated a less robust immune response than rival vaccines developed by Pfizer and Moderna. Instead, the company said it would focus on developing treatments, one of which was molnupiravir. In April, Merck ended its trial of molnupiravir as a treatment for hospitalized patients, when the drug did not prove effective for those with advanced disease.