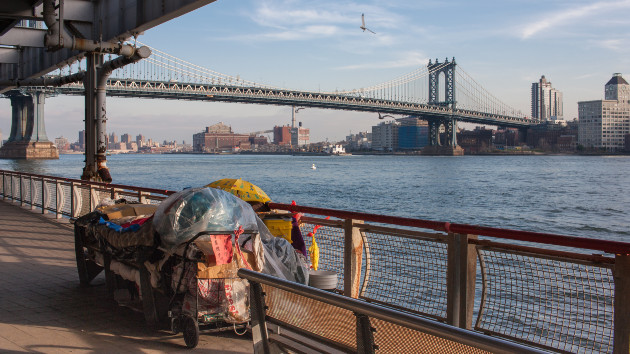 But after proposing a measure that would send officers, EMS workers and other city agents to involuntarily take individuals who appear “to be mentally ill” and “a danger to themselves” into custody for psychiatric evaluations, it has raised some red flags among among mental health professionals, urban planning specialists and others.

Kim Hopper, a professor of clinical, and sociomedical science at Columbia University, spoke with ABC News’ “Start Here” podcast Wednesday about his thoughts on the plan.

Hopper, a medical anthropologist who worked 25 years as a research scientist for the New York City Office of Mental Health, said mental health facilities and organizations are still left in the dark about their role after a patient has been placed in their care.

“It’s very vague what’s going to happen next, and the receiving end has gotten no description at all,” Hopper told ABC News.

Adams proposed the move in November and cited instances where mentally ill homeless people would be hospitalized but then released a short time later. Under his proposal, hospitals are to keep patients in a psychiatric bed until they are stable and discharge them when a more concrete plan for future care is in place.

“Without that intervention, they remain lost and isolated from society, tormented by delusions and disordered thinking,” said Adams in a news conference announcing the plan. “They cycle in and out of hospitals and jails, but New Yorkers rightly expect our city to help them and help them we will.”

NYPD officers, EMS workers and other city agents are being trained on practices to engage with homeless individuals and “ensure compassionate care.”

The directive states that “case law does not provide extensive guidance regarding removals for mental health evaluations based on short interactions in the field.” However, the directive says it does provide examples that indicate whether someone is unable to support their basic needs, including a serious untreated physical injury, unawareness of surroundings and others.

Adams contended that the city would find a bed for everyone who needed it.

Hopper said New York City has gone through several plans over the decades to tackle its homeless crisis and he said one of the most effective methods was a longer-term approach. For example, in the late 70s and early 80s homeless outreach teams would spend months establishing trust with homeless individuals, sometimes offering coffee to get through cold temperatures, and help them voluntarily commit to getting off the street, he said.

“The goal is for people to figure out that, there is an alternative that preserves both their self-determination and dignity and yet gets them in off the street without subjecting them to the regimen of the shelter,” Hopper said.

Although officers and other agents will be trained on tactics to approach individuals with care, Hopper said he was concerned about how those encounters will play out.

“They have a limited toolkit, and the toolkit they know best is one that is sort of overwhelming force,” Hopper said.

Hopper said there are still a lot of questions surrounding the plan, including who is advising the mayor on his plan, but he hoped they look back at the successes from the past.

“I’m not particularly an original thinker on this point. This is sort of 40 years of hard-won experience telling us this over and over again,” he said.