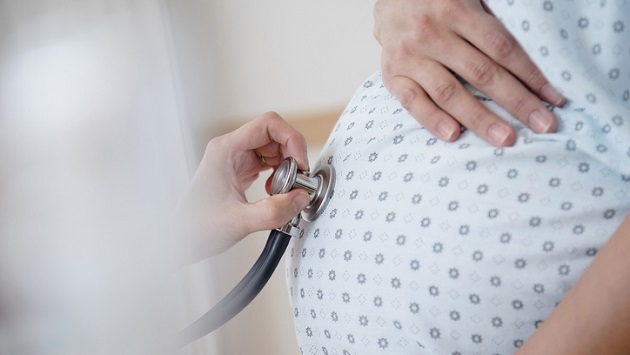 (ATLANTA) — Maternal mortality rates in the U.S. rose during the first year of the COVID-19 pandemic and racial disparities that existed before the pandemic were perpetuated, according to a new report published Wednesday by the Centers for Disease Control and Prevention.

The report looked at data from the CDC’s National Centers for Health Statistics and compared 2020 rates to rates in 2018 and 2019.

Maternal deaths were defined as women who died either while pregnant or within 42 days of the end of pregnancy.

The reasons for the increase during the first year of the pandemic were not stated in the report, although the author said the virus likely played a role.

There were large disparities when it came to race and ethnicity. The report found that Black women died of maternal causes at nearly three times the rate of white women, up from around 2.5 times higher than in 2019.

What’s more, increases from 2019 to 2020 among Black women and Hispanic women were statistically significant while the increase over the same time period for white women was not viewed as significant, the report said.

The report also looked at maternal mortality rates by age and found that the rates increased as women’s ages did.

Several studies have found that women who become pregnant after age 35 are considered “high-risk” because they are at an increased risk for complications impacting either the baby or mom including premature birth, excessive bleeding during birth and eclampsia..

Dr. Donna Hoyert, a health scientist in the NCHS’s Division of Vital Statistics and author of the report, said this is likely one of the reasons for the higher mortality rates among older women.

“That and there are a smaller number of individuals who are at the end of reproductive ages, so the statistics become much more variable from year to year,” she told ABC News.

The report did not offer theories for why maternal mortality rates rose in 2020, the first year of the COVID-19 pandemic.

However, previous studies have shown that pregnant women are at increased risk of severe complications and death from COVID compared to the general population.

It could also help explain the higher rates among Black women, with Black Americans more likely to suffer from severe effects of the virus than the white population.

“​​Yes, the pandemic likely contributed to the increase from 2019 to 2020 and beyond that,” Hoyert said. “As the pandemic plays out, we want to see how it affects overall mortality rates and our trend of comparable data over time.”

She continued, “There’s been other studies that have come out further documenting continuing morality from COVID-19 and excess mortality associated with that, so it will be something to look into.”