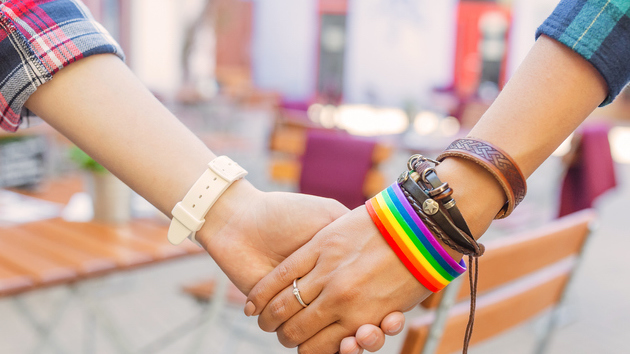 (LITTLE ROCK, Ark.) — A federal courthouse in central Arkansas on Wednesday will be the site of a consequential moment for the LGBTQ+ community in the state — and for health care precedent across the country — as a federal judge is slated to hear a constitutional challenge to a first-of-its-kind ban on gender-affirming health care for transgender youth.

U.S. District Judge James Moody is scheduled to consider an effort by the American Civil Liberties Union to block a new Arkansas law that effectively bans gender-affirming health care for transgender minors, prohibits doctors from even providing referrals, and allows private insurers to refuse coverage of gender-affirming care to transgender persons at any age.

The law, which plaintiffs like Amanda Dennis argue will have a devastating impact beyond Arkansas, is set to go into effect next week on July 28 — unless the judge issues an injunction.

“We’re doing everything that we can to stop this dangerous legislation, not just for our daughter, but on behalf of transgender kids all over the United States,” Dennis told ABC News in an interview ahead of the hearing. “Because we know, right now, all eyes are on Arkansas.”

In April, the GOP-led Arkansas state legislature passed HB1570, the first bill in the country that would effectively ban transgender youth from gender-affirming care — despite a surprise veto by Republican Gov. Asa Hutchinson.

While Hutchinson supported two earlier anti-transgender bills in the state legislative session this spring, he called the third bill a “government overreach” and refused to sign it.

He warned lawmakers they’d set a bad precedent by getting overly involved in decisions between physicians, patients and their families — but since the Arkansas legislature requires only a simple majority to overrule a veto, the law moved on.

Republican sponsors say the bill is meant to protect minors, who, they say, are too young to make decisions on transition-related medical care.

However, health care experts say gender-affirming care, or treatment that affirms a person’s gender identity, is life-saving. For minors, any surgery is far more often the exception, but therapy and reversible treatments such as puberty blockers and hormone replacements can be prescribed to combat the distress of gender dysphoria, or the incongruence between one’s assigned sex at birth and gender identity.

Activists argue that if the Arkansas law is allowed to go into effect, it will have detrimental effects on the mental, emotional and physical health of transgender people — beyond state borders.

The ACLU filed its challenge to HB1570 on behalf of four transgender youths, as well as their families, and two medical doctors back in May, arguing that the law is both unconstitutional and cruel.

One of the plaintiffs, Brooke Dennis, is nine-years-old, entering the fourth grade and hopes to pursue rhythmic gymnastics when she grows up. She was assigned male at birth, but her mother, Amanda, says Brooke has known she was a girl since she was two.

“[After accepting Brooke’s new pronouns,] it was as if a cloud lifted and Brooke’s smile came back. We had a happy, bright-eyed child again, and we were relieved to see our child flourishing once more,” said parents Amanda and Shayne Dennis in a brief submitted to the court.

But under the new law, Brooke won’t be able to get puberty-blocking hormones. Her mother told ABC News, that without access to the therapy Brooke will soon need, her daughter’s mental, emotional and physical health are at stake — and that’s not something she’s willing to risk as a parent.

“We would have to move,” Dennis said. “It would mean new jobs, a new home, all of the stress of picking up your entire life and starting over somewhere else. That’s a really, really frightening thing to even have to consider after all that Brooke and our family have been through.”

Dr. Kate Stewart, a professor at the University of Arkansas for Medical Sciences Fay W. Boozman College of Public Health, told ABC News that health professionals in the state have already had experience with minors they say have become suicidal because of the law.

“We’ve seen how treatment can be life or death,” Stewart said, speaking in her personal capacity. “Anecdotally, I’m already hearing increased reports of emergency rooms seeing kids that are in crisis, just being so concerned about this law passing. It’s nothing short of devastating.”

Stewart also raised concerns that since the law limits one’s scope of practice, it will also discourage medical professionals from working in Arkansas.

The judge is expected to issue a decision before next Wednesday, July 28, when the law is set to take effect.

Until then, all of the plaintiffs must weigh how they’ll respond if the law does pass.