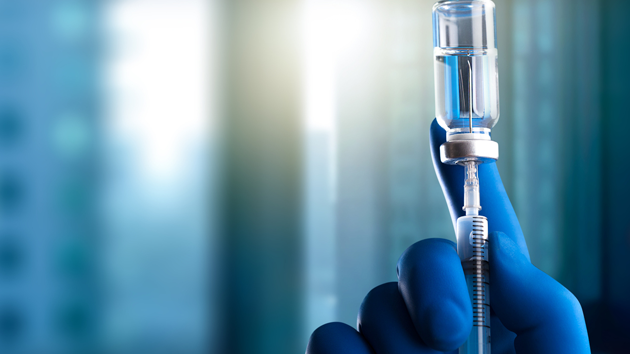 (NEW YORK) — In yet another setback in the decadeslong scientific quest for an HIV vaccine, a Johnson & Johnson HIV vaccine candidate failed to reduce the risk of infection in a clinical trial among women in southern Africa. The would-be vaccine uses the same underlying technology used successfully for COVID-19 and Ebola viruses, but this recent high-profile failure is another example of immense challenge of creating a vaccine against HIV.

The trial, called Imbokodo, was co-sponsored by the Bill & Melinda Gates Foundation and the U.S. National Institutes of Health. It included more than 2,600 women living in five African countries where women and girls have a high risk of HIV infection.

The vaccine was safe, researchers said, but ultimately, efficacy was only 25% — meaning people who received the vaccine had a slightly smaller risk of developing HIV, but the difference was so slight that the result might be chalked up to random chance.

Prominent scientists, including Dr. Anthony Fauci, have been searching for an effective HIV vaccine since the virus, which attacks the immune system and leads to a disease called AIDS if left untreated, was first identified in the 1980s. Today, nearly 38 million people are living with HIV worldwide. Although effective treatments can now help people infected with HIV live long and healthy lives, there is still no vaccine that can prevent infection.

“The development of a safe and effective vaccine to prevent HIV infection has proven to be a formidable scientific challenge,” Fauci said in prepared remarks. “Although this is certainly not the study outcome for which we had hoped, we must apply the knowledge learned from the Imbokodo trial and continue our efforts to find a vaccine that will be protective against HIV.”

“The challenges associated with the development of an HIV vaccine are unprecedented in the history of vaccinology. After 40 years of global efforts, we still do not have an HIV vaccine,” said Dr. Dan Barouch, director of the Center for Virology and Vaccine Research at Beth Israel Deaconess Medical Center.

“This trial was not a home run but hopefully will guide the HIV field moving forward,” said Barouch, whose laboratory contributed significantly to the initial development of the investigational vaccine.

Despite the setback, the Imbokodo trial showed the vaccine was safe among people who received it — a hopeful sign. Imbokodo means “rock” in the South African language isiZulu, referring to a proverb about women’s strength and community.

“We are extremely grateful to the women who volunteered for the Imbokodo study, and to our partners, including the people on the front lines, all of whom are contributing every day to this enduring quest to make HIV history.” Dr. Paul Stoffels, vice chairman of the executive committee and chief scientific officer at Johnson & Johnson, said in prepared remarks.

The Johnson & Johnson HIV vaccine uses the same underlying “viral vector” technology used in its current COVID-19 vaccine. Scientists say the recent failure has no bearing on the technology itself, which has been used successfully for other viruses, including Ebola and SARS-CoV-2, the virus that causes COVID-19. Rather, HIV itself is a unique virus. It evades the body’s immune system, making it very difficult to create a vaccine that generates immunity against infection.

HIV activists and scientists alike say this result shouldn’t slow down other efforts to find an effective HIV vaccine.

“It is very disappointing that this particular vaccine candidate did not work in this trial, but the trial was well-conducted and got an answer quickly. HIV remains a global threat, and a safe, efficacious and accessible HIV vaccine is still needed to contribute towards curbing new infections and providing a durable end to the pandemic,” Mitchell Warren, executive director of HIV prevention advocacy organization AVAC, said in prepared remarks.

Another late-stage trial called Mosaico, which uses a slightly different vaccine approach and is being tested among men who have sex with men and transgender people in Europe and North America, will continue. Another study called PrEPVacc is combining HIV vaccine candidates with a once-daily pill called PrEP, which reduces the risk of HIV infection. Meanwhile, Moderna has said it will begin early-stage clinical trials of its own HIV vaccine candidate, which uses its mRNA technology, this year.

“This is in no way the end of the search for an HIV vaccine,” Warren said.