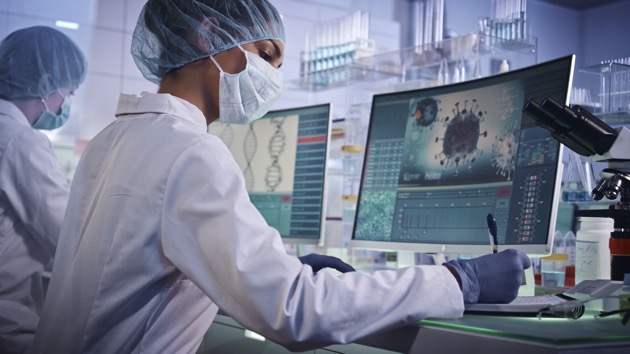 (NEW YORK) — Ivermectin, a potentially dangerous and unproven medication to help COVID-19 patients, is being widely dispensed despite warnings, as the nation is in the grips of the delta variant surge. Internal data from the Centers for Disease Control and Prevention reviewed by ABC News, estimates a 19-fold increase of the anti-parasite medicine being distributed during the first week of August.

That distribution is despite multiple warnings from public health departments given the lack of evidence ivermectin works to treat COVID and the substantial risk of seizures or coma if used incorrectly. Ivermectin is not authorized by the Food and Drug Administration for the treatment of COVID-19, unlike available medications such as remdesivir, steroids and monoclonal antibodies, because there is not enough evidence the medication works to alleviate the symptoms of COVID-19.

After months of warnings of the risks, on Saturday, the FDA warned on social media, “You are not a horse. Stop it with the #Ivermectin. It’s not authorized for treating #COVID.”

The drug can be prescribed to treat parasitic infections in both humans and animals. The veterinary form is manufactured to contain significantly higher doses than those used in people. “This medication is often used to treat parasitic infections in livestock,” including horses, Dr. Joshua Nogar, the medical toxicology fellowship director at Northwell Health and an emergency medicine physician, told ABC News.

Early in the pandemic, extremely preliminary data hinted at the possibility that this medication might help treat or prevent COVID, but follow up studies failed to demonstrate any benefit.

A review of the initial studies by the independent National Institutes of Health treatment committee said the studies that have been done were too small and the outcomes were unclear and they couldn’t recommend its use.

Meanwhile, ingesting this anti-parasitic drug can be extremely dangerous. “The high doses that veterinary grade ivermectin is supplied in makes it easy for people to overdose on this medication,” Nogar said.

There was a five-fold increase in cases of illness related to ivermectin toxicity over the month of July, according to the internal CDC documents. The Mississippi poison control center also issued a warning about increased reports of ivermectin misuse this past Friday. The poison control center said two-thirds of recent calls were related to ingestion of livestock formula of ivermectin.

It’s not clear why people would choose a medication that has not been proven to work and is not authorized by the independent regulators at the FDA, but some people have learned about the medication on Social Media.

People just latched onto the idea that the drug worked and started using it, Nogar said.

“We’ve seen this happen with hydroxychloroquine and it just didn’t pan out,” Nogar said.

“The reality is, there hasn’t been one trial to prove ivermectin is useful,” Dr. Nima Majlesi, the director of medical toxicology at Staten Island University Hospital, told ABC News. “A lot of people aren’t doing this under the care of a doctor, which is very scary.”

The emergency medicine physician hopes that people will start to temper their expectations, be smart and consider all possible consequences.

The current surge in COVID-19 infections has been fueled by the emergence of the highly transmissible delta variant, which is spreading primarily among the unvaccinated.

“Our experience with the resurgence in COVID is among unvaccinated people, and the irony is they are asking for these therapies that aren’t proven to work,” Nogar said.

Nogar and Majlesi wish more people would be willing to take FDA-authorized COVID-19 vaccines, which have been demonstrated to work in large, carefully controlled trials rather than consume an unproven medicine primarily used for livestock.

The vaccines against COVID-19 have been shown to work through clinical trials, using control groups. Unlike ivermectin, independent scientific advisors and career scientists at the FDA and CDC have overseen the trials and will continue to vigorously monitor for any uncommon side effects.

“There is a huge amount of anti-vaccine sentiment in this country right now, which is so inappropriate and unfounded,” Majlesi adds. Majlesi blames, in large part, an overwhelming amount of misinformation circulating online.

“Once you have that fear spreading in the population, it’s hard to stop that. Then people start looking for an alternative and end up looking to an old drug, which unfortunately doesn’t seem effective but also could be harmful.”

With the recent resurgence of COVID, and the overwhelming impact it has had on the unvaccinated population, Majlesi continues to urge people to get an authorized vaccine to prevent severe illness, “You don’t have to go with something that doesn’t have a scientific basis” Majlesi said.

Think you have monkeypox? It might be another skin condition