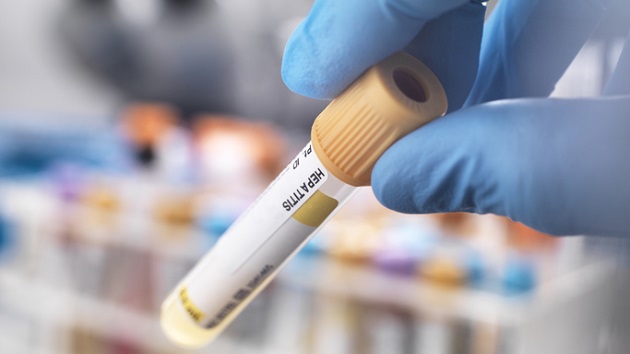 (ATLANTA) — The Centers for Disease Control and Prevention (CDC) is now investigating at least 180 cases of severe hepatitis with unknown cause among children — an increase from the 109 cases that were reported earlier this month, federal officials confirmed on Wednesday.

Thirty-six states and territories have now reported cases, and the CDC said it is working with health departments and clinicians nationwide to identify and investigate why the mysterious illness may be sickening children.

“It’s important to note that severe hepatitis in children remains rare. However, we encourage parents and caregivers to be aware of the symptoms of hepatitis – particularly jaundice, which is a yellowing of the skin or eyes – and to contact their child’s healthcare provider with any concern,” officials wrote in a press release Wednesday.

Officials said many of the additional cases were reported following the launch of the CDC’s announcement and therefore may not ultimately be linked to it. They also said that the cases were not necessarily new.

“While this may appear to be a large increase in patients under investigation over the last two weeks, it’s important to understand that the vast majority of these are what we consider ‘retrospective’ patients,” officials added.

Earlier this month, the CDC reported that five children had died in the outbreak. There have been no additional deaths reported since February, and the proportion of patients requiring liver transplants has gone down to 9% since May 5 from 15%, officials said.

At the time of their announcement, CDC officials said that the majority of the sickened children have fully recovered, officials said.

It’s unclear what’s causing the hepatitis, but the leading theory is adenovirus, which usually cause mild cold-like or flu-like illness. They are also investigating if there is a link to prior COVID-19 infection, either on its own or in connection to adenovirus.

Scientists from the World Health Organization (WHO) reported Tuesday that there have been at least 429 probable cases of the severe hepatitis with unknown reported across the globe. Forty additional cases are also pending classification by the WHO.

Cases of severe hepatitis in children have “always occurred,” with some causing severe liver disease, according to Dr. Philippa Easterbrook, a medical expert with the WHO’s Global HIV Hepatitis and STI Programme. However, occurrences have always been “rare.”

The key working hypothesis for what may be driving the outbreak remains a potential link to adenovirus, Easterbrook said. In the U.S., adenovirus has been detected in nearly half of the children and “continues to be a strong lead,” the CDC wrote.

Researchers are also currently conducting tests to see if there could be any connection to COVID-19.

“Importantly,” global officials are looking to identify if there is a connection between COVID-19 and adenovirus to see if the two infections are “working together as cofactors, either by enhancing susceptibility or creating an abnormal response,” Easterbrook said.

“There is interesting communication in the scientific literature raising a bit more about those mechanisms and about whether a previous COVID infection in children perhaps some time ago, may have persisted and stayed around in the gut, and then a subsequent adenovirus infection may have resulted in the immune system being activated and causing inflammation,” Easterbrook explained.

However, at this time, Easterbrook noted that this is simply a hypothesis, and not data based on the studies, which highlights the importance of testing for current and past COVID-19 infections.

“We know that COVID in adults can be associated with hepatitis but much less is known about what happens in children,” Easterbrook noted.