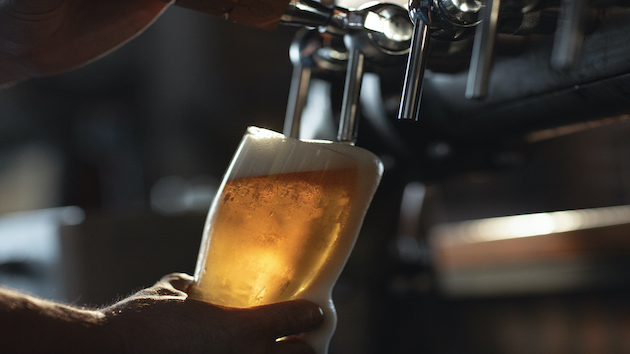 (CHICAGO) — An indoor opening event at a bar in rural Illinois in February led to 46 COVID-19 infections, one school closure and a hospitalization of a resident of a long-term care facility, according to a report issued Monday by the Centers for Disease Control and Prevention.

The agency took a look at the incident at the unidentified business, which had a max capacity of 100 people. Illinois began reopening indoor bars and restaurants to customers at the end of January, with strict capacity limits and other health protocols.

Although the CDC report said the agency doesn’t have a count on how many people attended the bar’s reopening, which took place around Feb. 3, four people had COVID-19-like symptoms on the same day they attended.

The bar had no outside airflow, and consistent mask use and social distancing weren’t maintained, according to the report.

Two weeks after the reopening, the Illinois Department of Public Health reported a connected outbreak that had serious consequences for others.

The report said 26 patrons and three staff members who attended the opening event contracted COVID-19. There were 17 secondary cases linked to the bar, including a dozen cases in eight households with children, according to the CDC.

None of those cases resulted in hospitalizations, according to the report.

Two secondary cases were of individuals on a school sports team, and three cases were in a long-term care facility (LTCF), according to the report.

“Transmission associated with the opening event resulted in one school closure affecting 650 children (9,100 lost person-days of school) and hospitalization of one LTCF resident with COVID-19,” the report said.

CDC researchers warned that the “number of cases described in this report is likely lower than the actual number of bar attendee and secondary cases associated with the event.”

The agency emphasized that businesses need to adhere to mask mandates, phased-in expansions on capacity and proper ventilation as they reopen in the coming months.