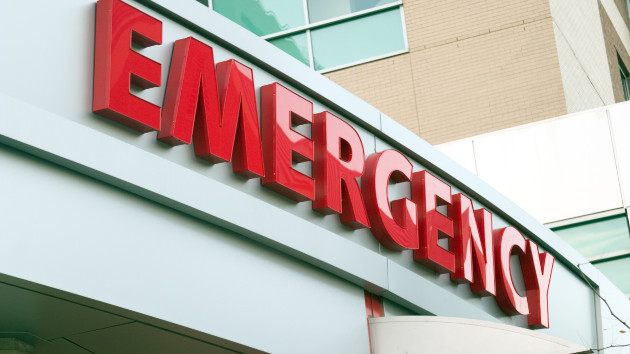 (NEW YORK) — Hundreds of hospitals along the Atlantic and Gulf Coasts are at risk of flooding from hurricanes a new study finds, as Hurricane Ian made landfall in Florida Wednesday as a Category 4 storm.

The study, published Thursday, found that even lower category storms carry a serious risk to medical centers along the coasts.

This covers an area where 85 million people — or roughly one in four Americans — live. Researchers found that in 25 of the 78 metro areas, at least half of the hospitals are at risk of flooding from a Category 2 hurricane.

Additionally, because of the rise in sea levels caused by climate change, hospitals are at a 22% higher risk of flooding.

Dr. Aaron Bernstein, senior author of the study and interim director of the Harvard Chan Center for Climate, Health and the Global Environment, told ABC News that this is the first study to examine what would happen to health care systems if they got hit by a hurricane.

“I [looked at the] literature and found that there was no literature on what hurricanes would systematically do to access to health care on the Atlantic or Gulf Coasts,” he said. “There were papers showing the aftermath, so we have these studies after Katrina, after Sandy, after Harvey and those are very informative about what’s at stake here.”

He went on, “But no one had looked prospectively and said, ‘OK, at a systems level, how do hurricanes matter to the ability of hospitals to be functional and deliver care at a time when people may need them more than usual?"”

Five of the 10 metro areas — Tampa-St. Petersburg-Clearwater, Cape Coral-Fort Myers, North Port-Sarasota, Orlando-Kissimmee-Sanford, and Jacksonville — will be tested by Ian.

The Sarasota area has the most hospitals at risk of flooding followed by the Fort Myers area.

Photos have been posted on social media of hospitals, such as Tampa General Hospital, preparing for storm surges from Hurricane Ian by building a flood barrier.

Additionally, the study found that even if hospitals themselves were not flooded, the roads around them may be, which could restrict or prevent access to care.

In 18 of the metro areas examined, at least half of all roads within one mile of hospitals were at risk of flooding due to a Category 2 hurricane.

“I think what our study underscores, and past experience does as well, is that while you could have a fully-functioning hospital in one part of a city, if you can’t get there because the roads are underwater, it’s not that helpful,” Bernstein said. “So, we need to think more systematically in our response to hurricanes. It requires a coordinated response in metro areas about knowing where beds are, knowing where staff is available, where supplies can be accessed, knowing where transportation is safe.”

Bernstein said the study gives an idea of which cities have hospitals that need to prepare against life-threatening flooding before it’s too late.

“Most hospitals have done very little [to prepare for hurricanes] because they don’t have the resources, which is understandable,” Bernstein said. “Health care is on the ropes after COVID. So you can imagine the idea of building protections against flooding is not necessarily top on the priority list.”

He continued, “With the risks of climate change, and hurricanes in particular, so grossly apparent, I don’t think anyone wants to look back and say, ‘Well, we let these people die.’ I think we need to use the knowledge we can glean, to take informed steps that balance costs with outcomes.”