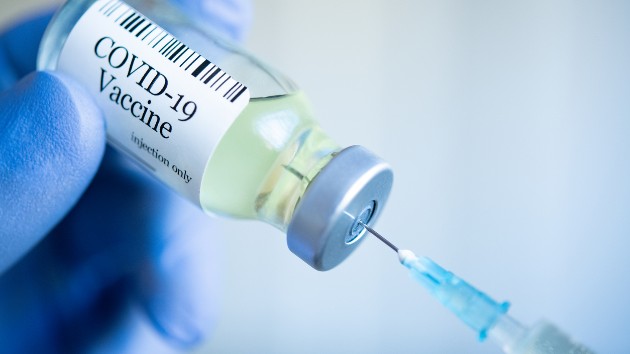 (NEW YORK) — Marc Wagner is a researcher and activist who has been living with HIV for 35 years. He is one of hundreds of HIV-positive people participating in clinical trials for COVID-19 vaccines.

“I’m glad that I participated, that it led to the body of knowledge,” he said.

But being a part of the vaccine trials was not always an option for him or the 1.2 million HIV-positive people in the U.S. They fought for it.

HIV is a lifelong infection that attacks the immune system. Once a death sentence, today there are many medications that can help people living with HIV keep their immune systems healthy and in check.

Still, people with HIV were initially excluded from COVID-19 vaccine trials — as well as people undergoing cancer treatment, or anyone else with a compromised immune system.

“People with HIV were kind of thrown in the same pot,” said Dr. Sharon Riddler, professor of medicine at the University of Pittsburgh Medical Center. “Many people have very well-controlled HIV. [Many people] really do have fine immune responses and would potentially be able to get this vaccine safely.”

The pharmaceutical companies Pfizer and Moderna, which were the first to launch their trials back in July, initially excluded people living with HIV. But activists argued against their exclusion.

“There is a real concern with this new virus and the [greater] severity of the potential outcome [due to being HIV-positive], that I would be facing potential death after surviving so many years,” said Wagner, who felt vaccination could be lifesaving.

Activists led by Lynda Dee, executive director of AIDS Action Baltimore, sent a letter to the National Institutes of Health arguing there was “no clinical justification” for excluding the HIV-positive population, and that people of diverse backgrounds — including Black and Latino Americans more likely to be affected by HIV — should be included in the trials.

On Aug 5. — about a week after the letter was posted — Moderna announced plans to drop the exclusion, saying the company had “heard the preference of the community.” Pfizer also amended its protocol to include people living with HIV.

When a third company — AstraZeneca — launched its own vaccine trial in late August, the company included healthy HIV-positive participants from the start. Wagner volunteered for this trial. And Dr. Riddler, who was a clinical investigator for the AstraZeneca trial, credits activists for these changes.

Many would argue that HIV activism during the epidemic in the 1980s led to modern medications, hundreds of thousands living full lives and the ongoing search for a cure today.

“You know, for us, nationally, it has been a struggle from the beginning [of the HIV epidemic],” Wagner said. “They wanted to put us on an island and forget about us.” He explained that it was the very fear of death that drove activists to take action.

“We needed to make sure that funding was there, the research was being done, the drugs were being developed, and that we weren’t forgotten about early on,” he said.

Beyond this activism saving the lives of those afflicted with HIV/AIDS, many widely used scientific techniques, such as PCR testing, came to be because of HIV/AIDS research.

According to the Food and Drug Administration, Moderna included 176 HIV-positive participants, and of these, one who received the placebo and zero who received the vaccine developed symptoms of COVID-19. Of the participants in the Pfizer trials, 0.3% were HIV-positive (120 individuals), but there is no published data on the efficacy and safety of the vaccine in this group.

And as far as the AstraZeneca vaccine trial and HIV-positive participants, Riddler said, “I think it will be a little while longer before we have a lot of information, but as far as I know, there have been no safety issues.”

Riddler hopes that the inclusion of the HIV-positive population normalizes HIV as a health condition that shouldn’t be ostracized. She said to Wagner, “My goal for you is for your condition to just be something you live with, that doesn’t control your destiny.”

Riddler also brought up that millions around the world, particularly in sub-Saharan Africa, are living with HIV/AIDS at a much greater proportion than that in the U.S.

“This is another piece of the reason why it’s really important to make sure drugs and vaccines are safe and effective,” she said.

While vaccine companies initially hesitated at the potential risks of including HIV-positive patients, Wagner argued that research is the only way to move forward.

“I wouldn’t be here 35 plus years later if I hadn’t participated in all the research. Until we do this, we aren’t going to have the answers,” he said.