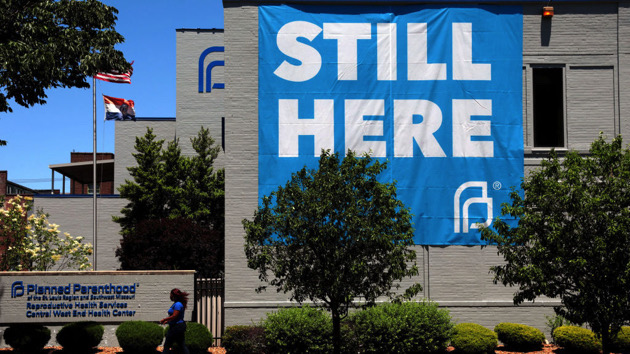 (NEW YORK) — The bombshell leak of a draft Supreme Court decision that could overturn Roe v. Wade was disheartening but not surprising to many abortion providers, who have been preparing for the possible end of legal abortion for years.

Whole Woman’s Health operates abortion clinics in Virginia, Maryland, Minnesota, Indiana and Texas. For Marva Sadler, the senior director of clinical services for the abortion provider, recent restrictions on abortion access in Texas offer a hint of what’s to come if Roe is overturned this year.

After Texas’ near-total ban on abortions, SB8, went into effect last year, the number of patients seeking abortions at Whole Woman’s Health’s Texas clinics declined by upward of 50%, Sadler said. Meanwhile, Texas patients have traveled as far as Virginia to obtain an abortion due to waits at closer clinics. Whole Woman’s Health’s Minnesota clinic has seen a 30% increase in the number of patients from Texas since SB8 went into effect, Sadler said.

“Unfortunately, Texas has given us great insight in exactly what we’ll see happening on a much bigger, larger scale,” Sadler told ABC News.

Preparing for an influx

The leak of the Supreme Court draft opinion is not a final decision in the case of Dobbs v. Jackson Women’s Health Organization, which involves a ban on abortions in Mississippi after 15 weeks of pregnancy — before the fetal viability line established by Roe.

The Mississippi law remains under review by the Supreme Court, but 26 states are certain or likely to prohibit abortions if Roe is overturned, according to the Guttmacher Institute, a reproductive health policy research organization.

That includes every state that borders Illinois. Planned Parenthood of Illinois expects between 20,000 to 30,000 more patients would travel to the state each year for abortion care if Roe falls.

“We really do anticipate that that’s going to happen,” Jennifer Welch, president and CEO of Planned Parenthood of Illinois, told ABC News. “And what we have been doing is preparing for a number of years for this eventuality.”

Preparations include expanding the sizes of its health centers, opening two new clinics on the Indiana and Wisconsin borders, launching telehealth services for medical abortions and working with partners like abortion funds and other affiliates “to make sure that there’s a navigation program in place so patients can get the care they need here in Illinois,” Welch said.

Whole Woman’s Health has been assessing the needs at its clinics for years, as abortion access has changed in the states it covers and their neighbors. The organization has already started the process of readjusting its staffing needs should Roe be overturned “to make sure that we are well aware of how far we can expand … and what we need to obtain to move forward,” Sadler said.

In the wake of SB8, which bans abortions after about six weeks of pregnancy, Whole Woman’s Health has helped women get abortion care out of state if they are unable to in Texas. It launched its Abortion Wayfinder Program, which refers patients to a Whole Woman’s Health clinic in a haven state like Maryland, Minnesota or Virginia, as well as connects them to other ally organizations and funding support. So far, the program has helped over 85 women access or obtain abortion care outside of Texas, Sadler said.

“That program has grown so fast that we’ve not been able to keep up,” she said.

If Roe is overturned, Sadler anticipates its clinics will reassess the needs of the communities they serve in order to continue to provide reproductive health care, such as by continuing to help patients access abortion care outside of Texas.

“Texas will absolutely be one of the states where abortion will become illegal very shortly after and if Roe falls, and so we do have to be prepared and are prepared for what does that post-Roe atmosphere look like for our Texas clinics,” Sadler said. “We’re going to do whatever we possibly could do to see as many patients as we possibly can — where we can, while we can. And in the event that we cannot, then we’ll reassess what those patients in those communities need and how we can be of assistance to them.”

Some abortion clinics are anticipating opening new facilities in states that are less likely to enact sweeping bans should Roe be overturned.

“This is not something that is going to just affect Mississippi within the year. This is going to affect upwards of 25 to 26 states, which is half of the United States,” said Brewer.

Sadler said that opening more clinics is “absolutely part of the conversation” at Whole Woman’s Health.

“If women are going to have to make a mass exodus outside of the state to go to where they need to go, we definitely need to pay attention and are paying attention to where those safe havens are, what the current situation can hold and who can hold the influx and where the need may arise in the near future,” Sadler said.

“We need to know that we have a location that is safe and appropriate for our patients and our staff,” she said. “That would be a while down the road, so we’re so focused on the other ways that we can welcome 20[,000] to 30,000 additional patients into Illinois per year when the Supreme Court overrules Roe.”

‘We’re not leaving these communities’

Trust Women operates abortion clinics in Oklahoma City and Wichita, Kansas. Both have seen an influx of patients since SB8 went into effect; patient volume at the Oklahoma City clinic has doubled since September, with a majority of patients now coming from Texas, according to communications director Zack Gingrich-Gaylord.

The Texas ban has increased waits for care at both clinics. With the Oklahoma governor signing a six-week abortion ban similar to the one in Texas last week, the abortion provider expects delays at its Kansas clinic to get even worse.

Trust Women has been working to increase capacity at its Kansas facility by bringing on additional doctors and increasing the number of clinic days. It also is looking to bring over its Oklahoma staff in the wake of the state’s new restrictions.

“As more states fall off and access becomes even more limited, then people will not be able to see doctors in clinics,” he said. “There are much better medicines and ways to self-manage abortion now and it’s very safe to do so. But even that still will be out of reach for some people.”

As abortion clinics await the Supreme Court’s decision, Trust Women is working to protect abortion rights in Kansas ahead of an upcoming ballot measure in the August primary that could overturn the constitutional protection for abortion access in the state.

“If Roe falls, Kansas will be the closest legal abortion provider for 7.7 million people across the region,” Gingrich-Gaylord said. “So Kansas’ constitutional protection for abortion matters.”

Though there are challenges to abortion access in Oklahoma and Kansas, Gingrich-Gaylord said Trust Women doesn’t have any plans to leave the states and open clinics elsewhere.

“Our plans are to remain in our communities,” he said. “We may adjust how we do some things, but we’re not leaving these communities and our clinics will stay open and provide some service going forward. We’re not going anywhere.”