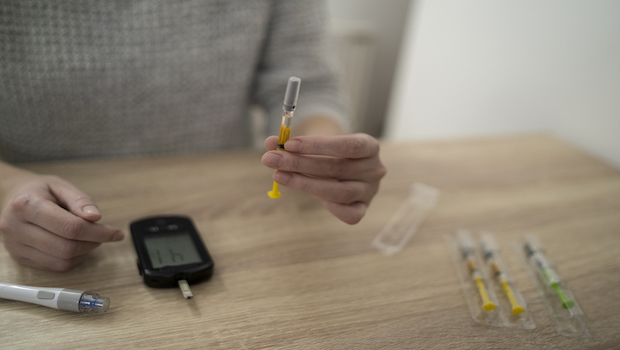 (WASHINGTON) — Congress could soon send to the president’s desk a bill that would cap the cost of the lifesaving drug insulin at $35 per month — a move that could significantly reduce and rein in out-of-pocket drug costs for millions of Americans with diabetes.

The House approved the bill Thursday by a vote of 232-193, with 12 Republicans joining all Democrats in support.

The bill now heads to the Senate, and it could be taken up in the upper chamber in a matter of weeks if there is bipartisan agreement.

Experts say it costs less than $10 a vial to manufacture, yet there are still American families with insurance paying hundreds of dollars per vial of insulin.

Currently, costs for patients can range from $334 to $1,000 a month for insulin, according to a 2020 Kaiser Family Foundation report.

According to the Centers for Disease Control and Prevention, 37.3 million people in the U.S. have diabetes, which is about 11% of the U.S. population. Out of the nearly 40 million people who have diabetes — about 25% or 7.4 million Americans need insulin. Many people with diabetes are prescribed insulin, either because their bodies do not produce insulin (Type 1 diabetes) or do not use insulin properly (Type 2 diabetes).

The bill to cap the cost of insulin was originally a part of President Joe Biden’s “Build Back Better” domestic policy agenda, but since that massive piece of legislation is stalled in the Senate, lawmakers decided to move unilaterally on this standalone bill specifically addressing insulin.

House Majority Leader Steny Hoyer told reporters on Wednesday that it is “inexcusable” people are being charged exorbitant prices for “a lifesaving and life-sustaining drug whose costs [have] not increased and whose research costs have been amortized a very long period of time ago.”

Democratic Rep. Dan Kildee of Michigan, one of the authors of the House bill, said it’s “outrageous that a single vial of insulin costs up to $1,000, when the medication costs just a few dollars to make.”

The bill caps cost-sharing for a month’s supply of insulin starting in 2023 at whichever amount is lower: $35, or 25% of a plan’s negotiated price, according to the bill’s text. The bill does not lower the overall price of insulin; it would likely shift more of the cost onto insurers and employers.

Supporters of the bill say it will save lives by making insulin affordable for millions of Americans, many of whom now reduce the amount they take or skip doses, resulting in far more costly visits to emergency rooms and the hospital.