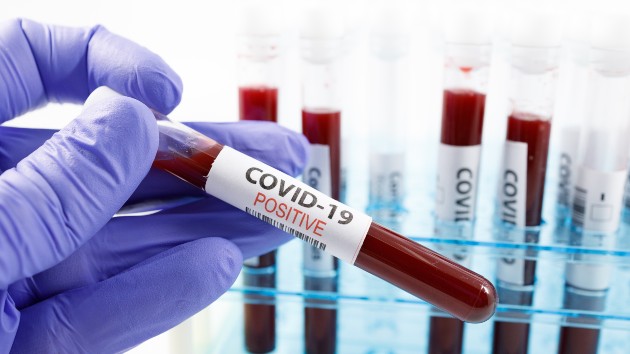 (NEW YORK) — Hispanic people in the U.S. have died of COVID-19 at disproportionately high rates, and a new study suggests that workplace exposure and the overrepresentation of Hispanics on the front lines of the labor force have contributed to the disparity.

Hispanics of working age — which the study defined as 30 to 69 years old — died of COVID-19 far more than white people in that age group, according to researchers at Ohio State University and the University of Wisconsin-Milwaukee. Hispanics accounted for almost 41% of age-adjusted deaths, even though they only make up roughly 19% of the age-adjusted population.

The study analyzed data from the Centers for Disease Control and Prevention as well as the U.S. Census Bureau.

“Particularly for front-line and essential workers, among whom Hispanics are overrepresented, COVID-19 is an occupational disease that spreads at work,” Reanne Frank, a co-author of the study and professor of sociology at OSU, told Ohio State News. “Hispanics were on the front lines, and they bore a disproportionate cost.”

Nadia Marín, the co-executive director of the National Day Laborer Organizing Network, said the lack of workplace protection and advocacy for essential workers has been a problem since before the pandemic and COVID-19 just exacerbated these issues.

“Employers who didn’t provide safety harnesses or didn’t pay workers the minimum wage [before] are also the kinds of employers who would not implement social distancing or PPE,” Marín argued. “Those workers should not have to worry both about their health and safety, trying to fix their conditions on the job, and then, whether the employer is going to get them deported.”

Roughly 80% of Hispanic workers are employed as essential workers, according to data from the Medical Expenditure Panel Survey. The U.S. Bureau of Labor Statistics found that in 2017 to 2018, 16.2% of Hispanic people reported they could work from home, compared to 31.4% of non-Hispanic people.

Marín said she hopes this study and others like it can lead to better protections for low-wage front-line workers and day laborers. These are vulnerable communities, she said, with workers who may be undocumented and need support from local and federal governments to enforce safe workplace practices and keep employees healthy.

“The federal government has not taken action whether to include workers in these safety net funds or to protect workers from COVID on the job, and so the most vulnerable workers, who are the most exposed, have had to protect themselves and organize to try to get more protection,” Marín said.

Elena V. Rios, president and CEO of the National Hispanic Medical Association, told ABC News that the health of employees and their families affects the health of a community. She called out to lawmakers to invest resources and time into the health and safety of marginalized workers.

“Public health has been isolated from daily life,” Rios said. “COVID-19 has opened the door to understanding that there should be more funding put into public health infrastructure. … Public health is about the whole population.”