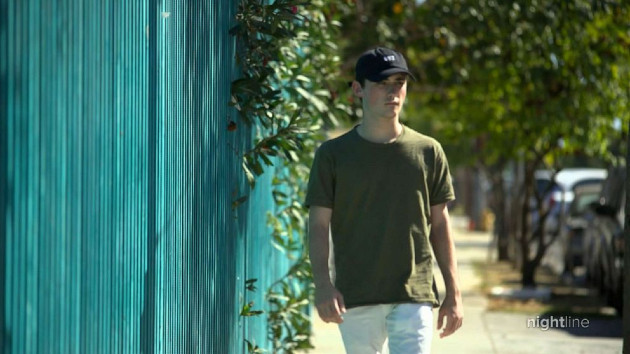 (NEW YORK) — Twenty-year-old Charlie told ABC News’ Nightline that he’s lucky to be alive after he nearly became one of the thousands of people across the country who lost their lives to fentanyl.

The Southern California college student, who asked not to reveal his real name, was at a party in August when he thought he was taking a party drug, but it turned out to be the synthetic opioid. A friend was able to get help and quickly administered Narcan, a medicine used to reverse the effects of an opioid overdose, saving his life.

Charlie’s story is becoming all too common in America as parents, school officials and parents are scrambling to get ahead of the epidemic and prevent more deaths.

The U.S. Centers for Disease Control and Prevention said fentanyl was the leading cause of the record number of drug poisonings and overdose deaths in the country last year. More than 71,000 overdose deaths were linked to synthetic opioids like fentanyl, according to the CDC.

Local, state and federal law enforcement agencies have been on high alert, not only monitoring calls of overdoses but also stopping the flow of the drug into communities.

On Tuesday, the Department of Justice and U.S. Drug Enforcement Agency announced it seized an estimated 10 million fentanyl-laced pills and 82 pounds of fentanyl powder motor crews across all 50 states.

Anne Milgram, U.S. Drug Enforcement Agency Administrator, told reporters Tuesday that two Mexican cartels, the Sinaloa Cartel and the Jalisco New Generation Cartel (JNGC), “are responsible for virtually all of the fentanyl and they currently dominate the worldwide fentanyl distribution and supply chain.”

Another hurdle for authorities is brightly colored “rainbow fentanyl” pills that are the same as regular fentanyl but that could be mistaken for candy. They have been seized in at least 20 states since February, according to federal investigators.

Milgram added that agents are seeing fentanyl-laced pills disguised as regular drugs like OxyContin and Percocet.

Laura Brinker and Matt White, of San Diego, told Nightline that their 17-year-old son Connor White died last year from fentanyl poisoning when he thought he was taking Percocet.

“It was not a dozen pills in a bag. It was one pill…that was taken,” Brinker told Nightline.

Brinker and her husband called for more awareness and education about the crisis.

“There’s got to be other means and other ways that we’re educating our children and in a very, very serious way, not just don’t do drugs,” she said.

Alberto Carvalho, the superintendent of the Los Angeles Unified School District, told Nightline that the crisis is getting worse in his schools.

“I cannot quantify it but I can tell it’s much bigger, much more disturbing than what’s reported,” he said of the fentanyl crisis in Los Angeles schools.

Two weeks, ago 15-year-old Melanie Ramos was found dead on the floor of the girls bathroom after school hours from a fentanyl overdose. A 15-year-old boy, who is being investigated for allegedly selling her synthetic opioid, was arrested in connection with her death.

Days after Ramos’ death, Carvalho announced that Narcan would be available at all K through 12 schools, and nurses and other staff will be trained on administering the drug.

“It’s a sad new reality but consider the alternative. I think the presence of Narcan in our schools is a life-saving necessity at this point,” he said.

In addition to the schools, non-profit groups have been hard at work spreading education on the dangers of fentanyl and providing tools to help prevent overdoses.

Madeline Hilliard, the founder of Team Awareness Combating Overdose (TACO), said her organization is also providing free test strips that can indicate if a drug is fentanyl in disguise. She said while there is some perception that the strips encourage more drug use, they save lives.

“What we see is when people use fentanyl test strips…they’re now aware that fentanyl is a risk,” Hilliard told Nightline.

Charlie, who is helping TACO with their awareness, said he too is urging young people to be cautious.

“It’s inevitable that college students are going to come across these drugs. It’s just becoming more and more integrated into drugs across the country,” he said.

Flu cases, hospitalizations, deaths continue to surge across US