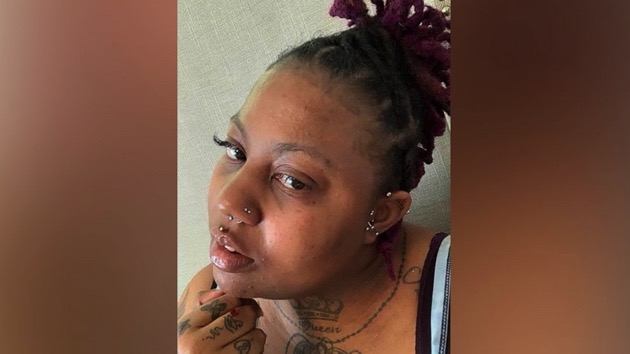 (ST. LOUIS) — Erica Thompson, a mother of three in St. Louis County, Missouri, died of COVID-19 on July 4 — a death her mother said could have been prevented.

“Had my daughter been vaccinated, I think she would still be here with us,” Jones said.

Thompson leaves behind a husband and three sons, ages 8, 11, and 17. Jones, speaking to ABC News as she prepared for her daughter’s funeral, said she hopes their story will convince others, especially Black Americans, to get vaccinated.

Thompson, who had asthma, went to the hospital on May 16 with chest pains and tested positive for COVID-19 days later, her mother said.

“She cried and cried and said, ‘I want to live,"” Jones recalled.

Thompson was transferred to another hospital on June 1 and put on extracorporeal membrane oxygenation (ECMO), a specialized form of life support — but her lungs were not healing, Jones said.

“She developed a lot of infections, blood clots, her kidneys started shutting down,” Jones said. “Her skin got real dark. It was just heartbreaking to watch her body not respond to any medication. I just felt like my daughter, it wasn’t even her.”

She went on: “Day after day after day I would go to the hospital and my daughter was really slipping away.”

As Thompson’s condition worsened, family members, including her oldest son, accompanied Jones to the hospital to say goodbye.

Thompson died on July 4. She had spent 50 days in the hospital — which Jones called the “most grueling, excruciating 50 days of my life.”

“I just sit and cry thinking about my daughter and how much pain she was in,” Jones said. “Preparing for her funeral has been so taxing on me.”

Jones said her mission now is to promote vaccinations because she said her daughter “adamantly did not believe” in the COVID-19 vaccine.

Thompson wasn’t scared of contracting the deadly virus, her mother said, because “she didn’t think it would ever happen to her.”

Thompson is now one of more than 611,000 Americans who have died from COVID-19. Just 57% of Americans ages 12 and up are fully vaccinated, according to data from the Centers for Disease Control and Prevention.

Jones said she’s vaccinated, as is the rest of the family, and she wants to tell all Americans: “Don’t be selfish. Get vaccinated because it’s not only showing you love yourself, you love your community … your neighbors, your employers, your co-workers.”

“That’s my prayer. I want everybody to get vaccinated. And especially African Americans,” she continued. “Use this as a way to help others.”