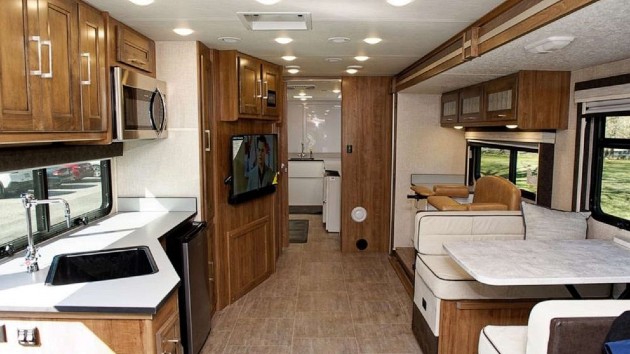 (HAMPTON, Va.) — As the fight to vaccinate communities of color continues, one historically Black university is teaming up with Hampton, Virginia, community leaders and physicians to bring doses to residents’ backyards.

Hampton University is allocating $500,000 for a “vaccine-mobile” RV to serve the greater Hampton Roads community, which is 49.3% Black. The RV is slated to serve under-vaccinated groups, including low-income, African American, Hispanic and elderly communities.

“The vision came from a need because of the pandemic. The need to get this type of service to people versus them having to come to a center,” Michelle Penn-Marshall, Hampton University’s vice president for research and associate provost, told ABC News. “Hampton has always gone into the community that we live in and that’s around us to serve.”

Despite three vaccination rollouts from Moderna, Pfizer and now Johnson and Johnson, minorities are still less likely to receive vaccinations at the same rate as their white counterparts.

Nevertheless, educational institutions and organizations are creating their own initiatives to reach vulnerable communities, ensuring Black and brown Americans don’t get left behind.

The Just Project is a multi-pronged initiative to combat the coronavirus crisis and is specifically established to serve as COVID-19 testing sites for faculty, students and community members at HBCUs.

At the height of the pandemic, several HBCU presidents, including Howard University, Morehouse College and Meharry Medical College, called out pharmaceutical companies urging them to recruit more Black participants in vaccination trials.

While the launch of the COVID-19 vaccine mobile clinic is the first of its kind for Hampton, faculty members reached out to the Massachusetts Institute of Technology to seek guidance in the research and mobile clinic drawings.

“MIT was the first school to have a mobile unit. I contacted MIT when I saw that in the news this summer and said, ‘Hey, how can we do this?’ They took the time and gave me a one-hour briefing on the mobile unit, and also they gave me information regarding testing efficiency,” Penn-Marshall added.

After months of research and blueprints, the newly renovated RV carries a full-size pharmacy refrigerator with a minus 20-degree freezer, a minus 80-degree freezer and examination tables to administer COVID-19 vaccinations and tests.

According to studies from COVIDCollaborative, UnidosUS and the NAACP, efforts to promote uptake are more successful when they leverage voices from within the Black community.

“Many of the vaccinators look like the people in the community that they’re serving,” Penn-Marshall said.

Hampton University plans on tapping into other trusted, active and Black-led community groups such as Black Greek Lettered organizations and mentoring organizations like 100 Black Men to help publicize the mobile clinic.

“HBCUs are not just colleges, they’re an integral part of the black community. HBCUs have to be ambassadors for the minority community,” said Alonzo Bell Jr., president of the Virginia peninsula chapter of 100 Black Men.

Bell, a Newport News, Virginia, native, said that HBCUs like Hampton must do the work to get local residents vaccinated.

“Almost everybody has some tie to Hampton University. And because of that, the university has instantaneous name recognition and credibility [in this area],” Bell said.

Though Hampton has set the standard as the first mobile clinic under HBCUs, Penn-Marshall said she hopes they are not the last.