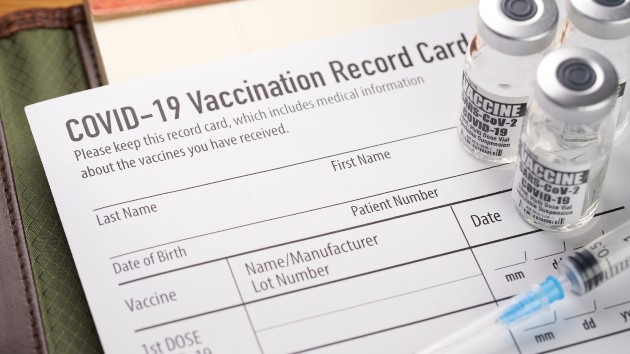 (NEW YORK) — Half of Americans over 18 have received at least one COVID-19 vaccination shot, according to data released Sunday by the Centers for Disease Control and Prevention.

There were close to 130 million adults in the country who received one shot, roughly 50.4% of the over-18 population, the agency reported.

At least 83.9 million adults, roughly 32.5% of the adult population, was fully vaccinated as of Sunday, the CDC said.

The data comes as more states open up their eligibility to all residents above 16.

It also comes as states pause their administrations of the one-shot Johnson & Johnson vaccine, which is being researched by the Food and Drug Administration and CDC over rare reports of possible blood clots.

Health officials and leaders are encouraging all eligible Americans to schedule their shots as soon as possible, to decrease the number of cases and curb the spread of the virus.