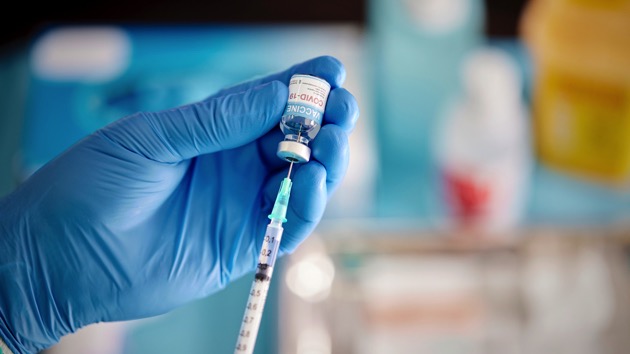 (ATLANTA) — The gap in COVID-19 vaccination uptake between rural and urban Americans is continuing to widen, a federal report published Thursday found.

As of Jan. 31, 2022, 75.4% of people aged five and older living in urban counties have received at least one dose of the vaccine, according to the Centers for Disease Control and Prevention.

By comparison, just 58.8% of those living in rural areas had been given at least an initial shot — a nearly 17% difference.

However, a previous report by the federal health agency found that, in April 2021, the gap was smaller with 45.7% of urban residents given at least one dose of the COVID vaccine compared to 38.9% of rural residents.

This means that in the span of nine months, disparities based on geographic location have more than doubled.

The authors say the large gap is likely due to less access to health care and increased vaccine hesitancy in rural areas.

“Addressing barriers to vaccination in rural areas is critical to achieving vaccine equity, reducing disparities, and decreasing COVID-19-related illness and death in the United States,” the authors wrote.

According to the new report, 46 states had higher COVID vaccine uptake in urban areas than in rural areas with just one state — Arizona — having higher coverage in rural areas.

Three states: Delaware, New Hampshire and Rhode Island, and Washington, D.C., have no rural counties so differences in vaccination coverage could not be evaluated.

In both rural and urban counties, women were more likely to be vaccinated than men.

This is similar to the CDCs report looking at April 2021 vaccination rates, which also showed more women getting vaccinated.

Among all age groups, vaccination uptake was higher in urban counties with the largest difference being among 12-to-17-year-olds.

The report showed just 38.7% of rural teenagers had received at least an initial vaccine dose compared to 64.9% of urban teenagers.

However, the researchers found that there was relatively no difference in the percentage of people in rural or urban areas who received booster or additional doses, both being similarly low.

The CDC authors noted Americans living in rural counties tend to be aged 65 or older and have more pre-existing conditions.

This puts them at high risk of severe COVID-19 complications and is why rates of death from the virus are higher in rural areas than in urban areas.