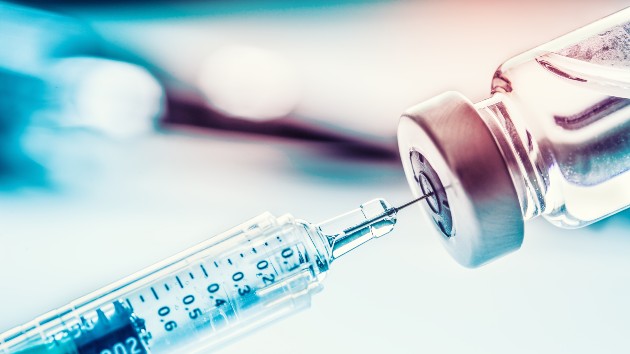 (NEW YORK) — Four former surgeons general are joining a campaign calling for a National Vaccine Day to “focus our nation’s attention on the importance of vaccination.”

In a letter exclusively obtained by ABC News, the doctors call on President Joe Biden to consider enacting the one-time federal holiday, which they say could feature telethons, radio messages and social media posts about the COVID-19 vaccines as well as widely available “opportunities for vaccination.”

“Americans have endured incredible hardship over the last year. Many of us know someone who has died or fallen gravely ill from COVID-19,” Antonia Novello, M.D., Joycelyn Elders, M.D., David Satcher, M.D., PhD, and Richard Carmona, M.D wrote in the letter. “But the advent of safe and effective vaccines provides a light at the end of the tunnel. Vaccination has enabled humanity to triumph over terrible diseases like smallpox and measles. We now must launch a public health campaign to ensure that the same is true for COVID-19.”

The surgeons general say such a holiday could both encourage the hesitant to get injections and also mark the “heroic” work of scientists and health care workers “who put themselves at great personal risk to protect our country and care for our loved ones.”

It’s an ambitious campaign, acknowledged Abie Rohrig, a spokesperson for 1Day Sooner, particularly as the last federal holiday to be enacted was Martin Luther King Jr. Day in 1983. But, Rohrig told ABC News, “If there were ever a year that a federal holiday to celebrate vaccination were possible, it’s 2021. The positive impact of vaccines has never been so apparent.”

The campaign has gathered numerous supporters including actor Kumail Nanjiani, who told ABC News he hopes the day would “normalize” vaccinations.

“I think it’ll spread awareness about the various vaccines that have helped us eradicate disease in the past, and that vaccination isn’t some scary new thing we’re experimenting with. Vaccines have been a part of human life for hundreds of years and will continue to be,” he said.

A poll from Kaiser Family Foundation released last week found at least 55% of Americans have received the COVID-19 vaccine or plan to get vaccinated as soon as possible, which marked an increase since January, but a notable percent of Americans still have concerns, with one in five saying they are reluctant.

“There is a lot of intentional vaccine misinformation being spread right now which has led to vaccine hesitancy. But beyond that, I think people are scared because they don’t trust the speed and manner in which these vaccines were developed,” Nanjiani said, referring to the COVID-19 vaccines.

“We basically lucked out and got miracle vaccines — super high efficacy coupled with very minor and rare side effects. These are fantastic vaccines, and they will help us get out of this pandemic — but only if people will take them, of course,” he added.

John Brownstein, an ABC News contributor, cautioned that the timing of such a day would be crucial as “the current challenge right now is supply” for the COVID vaccines. Therefore, he said, organizers would have to be certain there were more than enough vaccines to be administered as part of a vaccination drive.

But overall, he said, “anything we can do to bring visibility on how vaccines work broadly — and this one specifically — is a good thing.” He argued that while a lot of resources are put into research and development, similar attention is not always paid to messaging.

“It is the responsibility of Surgeons General to protect, promote, and advance the health of our nation,” the former surgeons general wrote in their letter, “and encouraging widespread vaccination is essential to that mission.”