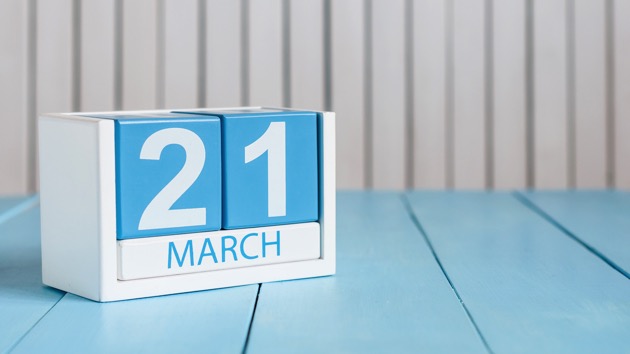 (COCOA BEACH, Fla.) — A Florida baby’s lucky number is now 321 after his birth date and time share the same numerology.

That’s not all, though. Cocoa Beach also sits in the 321 area code in Brevard County.

“They announced the time of birth at 15:21 in military time. I’m sitting there laying and going through my head, and I said, ‘It’s 3:21,"” mom Charish Persico of Merritt Island told Good Morning America.

Persico said she wasn’t due to give birth until March 26, but Carter was breech, and when she started having contractions on March 21, her scheduled C-section was then moved up.

“Everyone in the room actually started cheering when the baby arrived — and it reminded us of the launches you can actually see from our patient rooms at the hospital,” Dance told GMA. “No one could have planned that!”

Persico said she and dad, Justin, are “over the moon.” The first-time parents have already begun collecting newspaper headlines of Carter’s “321” birth.