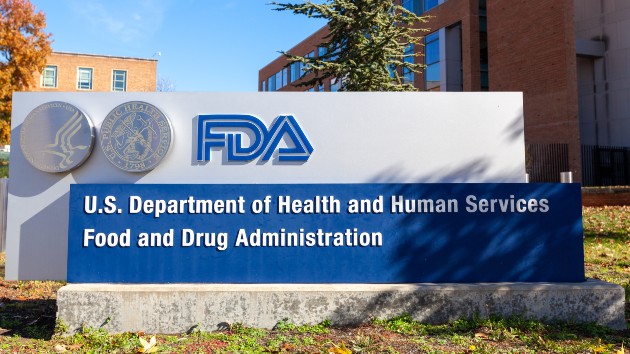 (NEW YORK) — A crucial vote of Food and Drug Administration advisory committee members is set for Thursday afternoon, and they could eventually determine whether some of the 32 million Americans suffering from osteoarthritis pain may find a new path towards relief in a medication billed as a non-addictive pain reliever.

Tanezumab, a drug developed by pharmaceutical companies Pfizer and Eli Lilly, would be the first real innovation in arthritis pain medication in a decade if approved. However, its fate may hinge on the culmination of a rigorous two-day debate by a panel of experts and one central question: Do its benefits outweigh its risks?

The joint advisory committees will make their recommendation Thursday. Then, the FDA will take it under advisement and come to its own decision. Whether the FDA eventually decides to greenlight the drug comes after 15 years and 40 trials’ worth of data testing tanezumab’s effectiveness and safety.

Tanezumab could offer a new tool for a condition lacking recent treatment innovations. It is geared towards patients with moderate to severe osteoarthritis pain in the knee and hip, for whom opioids and nonsteroidal anti-inflammatory drugs haven’t worked or aren’t a good option.

For patients like Cathy Cartwright, that could mean a lot.

Raised to tough it out and proudly marking more than three decades since recovering from alcohol abuse, Cartwright has been wary of medication. But at 67 and living with osteoarthritis for more than 10 years, the pain got too bad to ignore, as it moved from her back and hands into her right knee. She takes Tramadol, an opioid she carefully rations. Though she hasn’t had any issues with dependence, she doesn’t like taking it.

“I carry a whole backpack full of rocks on my back. It hurts all over,” Cartwright said. “I had to face that I had to take something — but I have to always be conscious and mindful.”

Delivered by injection every eight weeks, one of tanezumab’s appeals would be offering a non-addictive alternative to opioids — which can lead to dependence and fuel the larger, roiling epidemic. Another asset — it’s aimed at dodging the risk of kidney damage and gastrointestinal bleeding, which non-steroidal anti-inflammatory drugs for pain management hold.

However, there is a safety concern that has dogged tanezumab for years. Use of the drug carries a slightly increased risk of developing rapidly progressive osteoarthritis, which may lead to joint replacement. Tanezumab acts by inhibiting nerve growth factor, which causes sensitive nerves to grow and feel pain at the site of inflamed joints.

Ahead of the meetings, the FDA concluded in a published brief that the drug “provides substantial evidence of effectiveness,” offered “modest pain relief,” and that there was “no convincing evidence” tanezumab is superior to NSAIDs — which come with their own caveats. The FDA also said Pfizer and Eli Lilly’s proposed solution to monitor for the safety problems after the drug is approved won’t necessarily answer the concern at hand.

“Everything’s a balance; there’s no drug I know that doesn’t have a risk,” Dr. Elaine Husni, vice chair of Rheumatology and director at the Arthritis and Musculoskeletal Center at Cleveland Clinic, told ABC News. “I do think there would be concerns prescribing this treatment to every patient with osteoarthritis, given that this may cause rapidly progressing OA and require surgery — but I think for a select subgroup of patients, the benefits will outweigh the risks. I do think this will need to be an individualized treatment plan.”

So far, the reduction in pain patients have experienced has lined up with relief usually offered by NSAIDs. But experts agree, more options could offer a significant boon for patients wary of opioids and NSAIDs — if safe.

“Any new innovation coming out now is going to be very appealing,” Husni said. “It remains to be seen whether we’ve corrected everything to prevent these risks.”

“We haven’t had a new type of pain medication in our armamentarium allowing us to attack pain in a different way,” said Dr. Robert Bolash, assistant professor of Anesthesiology in the Department of Pain Management at the Cleveland Clinic and an investigator in the tanezumab clinical trial program. “This is something to consider for those who feel left without options — this might fill a gap.”

Cartwright used to take Ibuprofen for her pain, but her sensitive esophagus and stomach made that hard. She’d welcome a new treatment choice.

“I wouldn’t have waited years before starting to take medicine, deal with that excruciating pain, I can see how it aged me,” she said. “I wouldn’t have had to go through some of the things I did.”