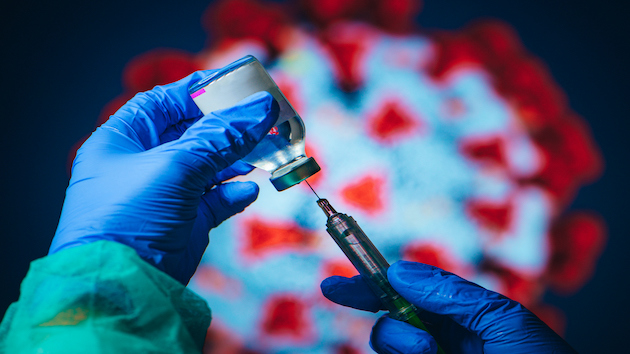 (WASHINGTON) — The U.S. Food and Drug Administration on Monday warned of an increased risk of Guillain-Barre, a rare neurological disorder, following the Johnson & Johnson vaccine after 100 preliminary cases of the syndrome were reported among the 12.5M doses administered.

The agency noted that 95 of the cases were serious and required hospitalization. There was one death.

While the FDA said it’s updating vaccination materials for health care providers and patients to note an “association” between the vaccine and a risk of GBS, the agency said the data are “insufficient to establish a causal relationship.” And, the agency added, it still recommends the vaccine to prevent the serious health risks posed by COVID-19.

Johnson and Johnson said it has discussed the reports with federal regulators at the Food and Drug Administration.

“The chance of having this occur is very low, and the rate of reported cases exceeds the background rate by a small degree,” the company said in a statement released Monday.

Similar issues have not been reported tied to the Pfizer or Moderna vaccines.

Guillain-Barré syndrome is a rare disorder that occurs when a person’s immune system damages nerve cells and causes muscle weakness or paralysis.

Most people recover fully although some will report long-term nerve damage.

According to the CDC, the majority of people who develop GBS report the symptoms after having a respiratory illness, including the flu or getting sick with diarrhea. One common cause is a bacteria tied to eating uncooked poultry.

It’s also linked to vaccination, though rare, and is why the CDC monitors reports of GBS each flu season.

The CDC estimates there is one to two additional GBS cases per million doses of flu vaccine administered.

On the most recent cases tied to the J&J vaccine, the CDC said older men were mostly impacted.

“These cases have largely been reported about two weeks after vaccination and mostly in males, many aged 50 years and older,” the CDC said in a statement.

According to the FDA, patients should seek medical attention if they experience a weakness or tingling sensations, especially in the legs or arms, and that might worsen or spread to other parts of the body. Other symptoms might include difficulty walking or making facial movements; double vision or inability to move eyes; or difficulty with bladder control or bowel function.