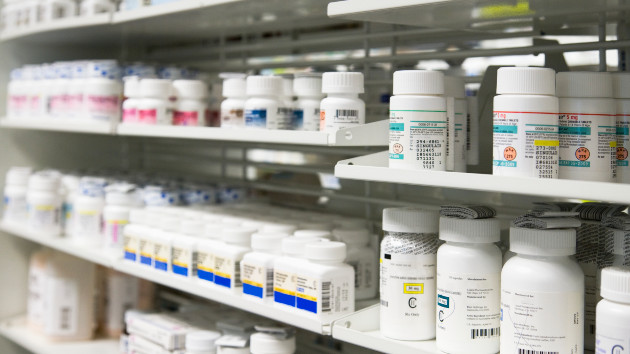 (NEW YORK) — After weeks of individual reports of frustration with getting Adderall prescriptions filled, the Food and Drug Administration confirmed Wednesday a nationwide shortage of the immediate release formulation of amphetamine mixed salts, commonly referred to by the brand name Adderall.

Adderall is a stimulant medication that can treat attention-deficit/hyperactivity disorder (ADHD). It requires a prescription and as a controlled substance, supply is strictly monitored, and distribution is limited.

Some individuals already knew there was a problem having reported going weeks without medication and calling multiple pharmacies to fill prescriptions. Some patients have had trouble filling Adderall prescriptions since August.

“It’s like the feeling when you first wake up in the morning, and you can’t quite think, except all day long for me without [Adderall]. It really affects my life,” Daryl Linley, a Wheat Ridge resident, told ABC’s Denver affiliate, KMGH-TV.

Teva, the largest maker of generic Adderall in the U.S., told ABC News “the supply that we are manufacturing/distributing right now is on pace to be consistent – or greater than – our supply at this time last year by the end of this year. The demand is not.”

The company said they are experiencing “intermittent backorders” as “there has been a significant rise in national prescription rates, this can cause some constraint to product availability.” Teva says disruptions will only be “temporary” and expects inventory to recover within months.

Major retail pharmacies like CVS and Walgreens have also noted supply chain constraints. A CVS spokesperson told ABC News they are “aware of intermittent shortages of generic amphetamine medication in the supply chain,” adding their pharmacists “will work with patients who are prescribed this medication as needed.”

Another supplier of the drug, Sandoz Pharmaceuticals (a division of Novartis), told ABC News there is no “shortage” of Sandoz amphetamine (generic Adderall) in the market at this time and the company is meeting all current customer orders.

The constraints on the supply have led to many voicing the challenges of getting their prescriptions filled at their regular pharmacy.

In Kentucky, a Fayette County school board member, Stephanie Spires, said the issue was “significantly impacting our classrooms,” at a meeting Monday.

“I talked to a parent today who said she was able to get five pills,” Spires said.

The shortage of this key treatment for so many Americans, especially kids, comes as the new school year kicks into gear. The Centers for Disease Control and Prevention estimates that almost 10% of children have ADHD as of 2019, and these numbers may have increased during the pandemic.

There are many reasons for constrained supply, including tight regulation due to its classification as a schedule II drug which the Drug Enforcement Administration defines as “drugs with a high potential for abuse, with use potentially leading to severe psychological or physical dependence.” In addition, labor shortages, supply chain issues and an increase in the number of people who have been prescribed the drug in recent years may have an effect on supply.

“While stopping Adderall is generally not life-threatening, rebound symptoms, including inattention, hyperactivity and impulsivity, may return and be distressing,” Dr. ​​Anish Dube from the American Psychiatric Association told ABC News.

Doctors and law enforcement officials warn that people should never buy Adderall outside of a pharmacy — including from a friend, as these pills may be counterfeit and/or laced with other lethal substances. The DEA says many fake pills, containing fentanyl, are made to look like prescription stimulants like amphetamines (Adderall) but could be potentially deadly.

If people are struggling to obtain their medication and feel they’ve exhausted all options, they should call their pharmacist or doctor to discuss a plan.

“Those with more severe symptoms should discuss contingency plans with their psychiatrists on how to manage symptoms without medication,” said Dube.

A “classroom of kids who have had to quit their meds cold turkey because they can’t get them – we’ve got some issues going on and brewing here,” Spires, in Kentucky, said. “And it’s not just kids, it’s adults as well. But for us in our purpose here, is children that are not getting what they need, or not coming into the classroom prepared to learn – and it creates a stressful environment for all involved.”

In their announcement, the Food and Drug Administration said they would “continue to use all the tools we have available to help keep supply available for patients.”