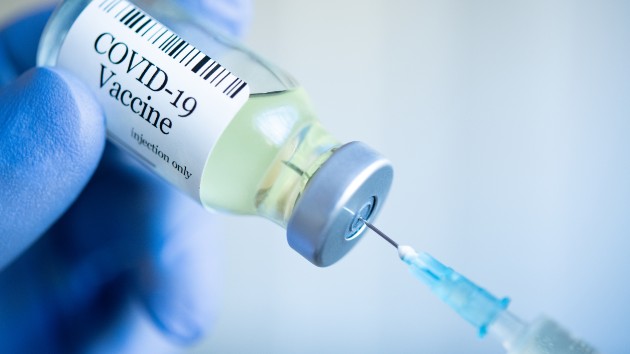 (NEW YORK) — The Pfizer vaccine has been authorized for children ages 12 and up, widening the U.S. population that will be protected against the virus and bolstering chances for a safe return to full-time school in the fall, the Food and Drug Administration announced Monday.

“We know this is a big step for our country. Vaccinating a younger population brings us closer to returning to a sense of normalcy and to ending the pandemic,” acting FDA Commissioner Janet Woodcock said at a press briefing on Monday night.

Woodcock said parents and guardians can “rest assured that in making our decision, the agency undertook a rigorous and thorough review of all available scientific data, as we have with all the COVID-19 vaccine authorizations.”

Pfizer vaccines for kids age 12-15 could be administered as soon as Thursday, Woodcock said, so long as all goes well at Wednesday’s Advisory Committee on Immunization Practices (ACIP) meeting, which is the next step in the vaccine rollout.

Pfizer announced in late March that its clinical trials showed the vaccine was safe and 100% effective in children ages 12-15, similar to the 95% efficacy among adult clinical trial participants.

It was the first vaccine to show data in children as young as 12, a promising first step toward vaccinating younger Americans. The vaccine was the only option for 16- and 17-year-olds in the U.S., with Moderna and Johnson & Johnson authorized for those 18 and older. Now, the FDA authorization means kids throughout middle and high schools will have the opportunity to be vaccinated before the fall, alleviating many of the hurdles schools face in stopping transmission.

Currently, about 115 million Americans are fully immunized — about 35% of the population.

Adolescents experienced a similar range of side effects as seen in older teens and young adults — generally seen as cold-like symptoms in the two to three days after the second dose — and had an “excellent safety profile,” Marks said.

“Based on all this available information, the FDA determined the Pfizer-BioNTech vaccine has met all of the criteria required to amend the EUA, which concluded that the known and potential benefits of this vaccine in individuals 12 years of age and older outweigh the vaccine’s known and potential risks,” Marks said.

Marks encouraged parents who were hesitant to vaccinate their children to speak with their pediatricians, urging confidence in the trial and data.

“The vaccine had an excellent profile in children, and though one can say that often children don’t get terribly sick from COVID-19, there are kids who do get very sick from it and in addition, they can bring it asymptomatically around to their grandparents and others,” Marks said. “So this is part of the totality of getting our country protected against COVID-19, which is just waiting around the corner to come have another wave if we don’t get to a sufficient degree of vaccination.”

In an interview with ABC News ahead of the authorization, Pfizer CEO Albert Bourla said getting children the vaccine would be “great news,” not only for the kids, “but also for the parent, grandfathers and therefore the American society in general.”

Bourla acknowledged that some parents might be nervous to vaccinate their young kids, but said Pfizer has been “extremely careful with children” and waited to begin studying the vaccine with anyone 15 or younger until hundreds of millions of doses were studied in adults.

According to recent polling from the Kaiser Family Foundation, just 29% of parents of children under 18 said they’ll get them vaccinated as soon as it’s available for their age group. A third said they’re inclined to wait and see and the rest remained more hesitant.

“What we can promise to our parents is that we have done very thorough examination, more thorough than in any other vaccine, exactly because of the visibility that this vaccination is having,” Bourla told ABC News.

Moderna, the second mRNA vaccine approved for use in the U.S., said it is still studying the results among children ages 12 and up.

Dr. Ashish Jha, dean of the Brown University School of Public Health, said on ABC’s Good Morning America recently that getting vaccines to kids “will make an enormous difference for infection numbers in the community and schools for fall as well.”

While children are not considered at high risk of severe illness from the coronavirus, they represent about a quarter of the U.S. population and vaccinating them is critical to stopping the spread of the virus.

Bourla also noted that kids can still spread the virus.

“In addition to protecting the kids, as I said, the most important thing is that you can contribute to herd immunity in the country,” he added.

Experts predict the U.S. needs anywhere between 70% to 85% of the U.S. population to be vaccinated before it can reach herd immunity, when there is enough of a defense against the virus that it will no longer be able to spread. Specialists said the higher number of people with immunity the more difficult it is for the virus to spread, so every vaccinated person reduces the risk for those around them from getting COVID too.

Both Pfizer and Moderna are continuing to study the vaccines in trials of children ages 6 months to 11 years old. Bourla, the CEO of Pfizer, confirmed that the company is expecting to have data on vaccines for elementary school students by the end of the year.