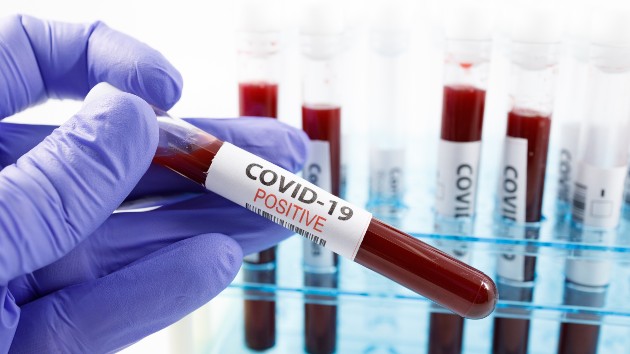 (NEW YORK) — Nationwide, COVID cases have fallen dramatically since the winter peak and millions of vaccine doses started rolling out.

But some areas appear to be bucking this trend, including several states and metropolitan areas in the Northeast, which have been reporting high case rates and hospital utilization.

Specifically, the New York City metropolitan area had a rate of nearly 260.6 cases per capita for the week ending March 21, the second highest case rate in the nation, according to data from the Centers for Disease Control and Prevention (CDC). Although cases are not as high as they were during the spring and winter surges, the city has “reached a plateau, which simply means that cases are no longer declining,” said Dr. David D. Ho, director of the Aaron Diamond AIDS Research Center at Columbia University.

Experts say it’s still unclear what may be driving this plateau, particularly because of declining testing numbers and state delays in receiving and processing data. While some suggest that relaxed mitigation measures could be to blame, others are pointing to the emergence of more contagious variants.

Over the last month, New York City has moved to ease its coronavirus restrictions, allowing indoor dining to increase to 50% capacity, and indoor fitness classes to operate again at limited capacity. Early next month, the state’s 11 p.m. curfew will also be lifted for casinos, movie theaters, billiard halls, gyms and fitness centers.

“COVID’s coming down, vaccine rates are going up,” New York Gov. Andrew M. Cuomo said during a press conference last Thursday. “Start to look to the future aggressively, and let’s get back to life and living and get that economy running because it is safe. It is safe.”

However, across the city, a newly identified variant, called B.1.526, has been spreading. It now accounts for over 45% of the number of new cases, according to city health department data.

“It’s apparently a homegrown variant,” Ho added during a webinar hosted by the National Academy of Medicine and the American Public Health Association on Wednesday.

Ho, who was one of the lead researchers to first identify B.1.526, said that “starting in January, we saw a very dramatic and alarming rise in variants.”

New York City is also seeing a rise in cases of the B.1.1.7 variant, also known as the U.K. variant, and on Saturday, the state also confirmed its first case of the P.1 variant, first discovered in Brazil, in a Brooklyn resident with no travel history.

Following New Jersey Gov. Phil Murphy’s announcement on Monday that he would be holding off on easing more pandemic restrictions as COVID-19 increases across the state, New York City Mayor Bill de Blasio said he too believes it is “time to reassess.”

“Certainly we have to stop there while we see what happens with these variants,” de Blasio said in a briefing on Monday.

The U.K. variant is becoming the dominant variant in most parts of the country, but it seems that in New York City, it’s being “out-competed by the B.1.526,” said Dr. Carlos del Rio, also speaking at the webinar on Wednesday.

According to the CDC, the New York variant has been discovered in several other states, particularly in the Northeast.

Although New York mayoral advisor Dr. Jay Varma said last week that it is likely the New York City variant is more contagious than the original virus, experts said it is still unclear if it is indeed the case.

“We only have indirect evidence,” Ho told ABC News.

However, he added, “In cases followed at Columbia University Medical Center, the New York variant is dominant over the U.K. variant, which is already known to be more transmissible. Thus, this would suggest that [the] New York [variant] is more transmissible.”

Of concern is the efficacy of the vaccines against this new strain.

According to Dr. Paul Goepfert, professor of medicine at the University of Alabama at Birmingham, vaccines remain generally effective against all new COVID-19 variants.

“The efficacy against severe coronavirus is still pretty outstanding, even when the vaccine is based on the original strain,” he told ABC News.

In addition to attributing the rise of cases in New York City to the emerging variant, others are blaming relaxed coronavirus restrictions.

“People are getting lax,” Vincent Racaniello, professor of virology at Columbia University told ABC News. “Whether it is the original strain of the virus, or a mutation, “it really doesn’t matter as long as you’re taking the same precautions.

“What’s happening in New York now, I’m totally convinced, is because of altered behavior,” Racaniello said. “People are relaxing. More restaurants are open. Kids are out and about. They’re spreading infection. People are not wearing masks. And I think that’s accounted for the levels in New York staying at this plateau and not going down as not enough to do with the variants at all.”

It will be critical, experts say, that testing and genomic sequencing increase so that states like New York can make “data driven decisions on reopening.”

“There’s no reason to sort of push our luck, and have unnecessary hospitalizations and costs that could have been avoided,” concluded Dr. John Brownstein, chief innovation officer at Boston Children’s Hospital and an ABC News contributor.