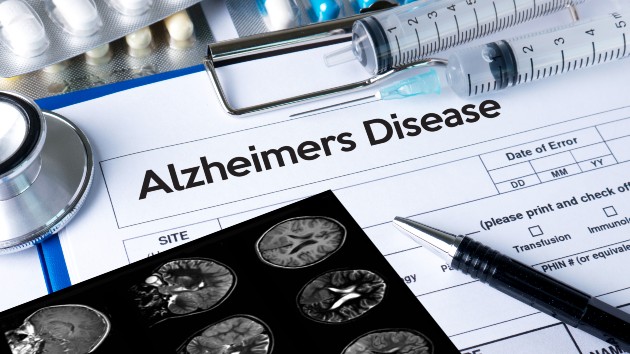 (NEW YORK) — This month, the Food and Drug Administration approved a new treatment for Alzheimer’s disease — the first in nearly 20 years. But the decision was not without controversy, with doctors split on how they feel about the treatment.

Since the approval, doctors have faced questions from patients and families desperate for good news, but they are conflicted on whether to recommend and prescribe the new drug, developed by Biogen.

“The news is out, and patients and families are calling with their hopes up,” said Dr. Ipsit Vahia, a geriatric psychiatrist and researcher and the medical director of the Geriatric Psychiatry Outpatient Services at McLean Hospital.

“I think many people, including myself, find themselves conflicted between a strong urge to do something to help, using a tool that we couldn’t just offer previously, and balancing of course, first doing no harm and also not knowing for sure that [it] works for everyone,” Vahia said.

“So if you ask, would I recommend [Adulhelm]? It’s complicated,” he said.

The FDA granted a broad approval for Adulhelm, the so-called “drug label” open to any patient with Alzheimer’s disease. But the clinical trials studying the drug only looked at a narrow group of patients: those recently diagnosed and those early in the progression of their disease.

In the resulting uncertainty, neurologists, psychiatrists and hospital systems are coming together to establish guidelines on how to safely prescribe the drug.

“The bar to get the medication is still very high, and appropriately so,” said Dr. Brent Forester, a geriatric psychiatrist and chief of the Center of Excellence in Geriatric Psychiatry at McLean Hospital. “Despite the FDA label, I would limit using Adulhelm to only the patients within the study population, in addition to all exclusion criteria within the trial.”

On Tuesday, the FDA’s Center for Drug Evaluation and Research Director Patrizia Cavazzoni acknowledged the controversy and released new documents on the FDA Adulhem website stating “in the presence of such complexity, it is not surprising that our deliberations were lengthy and at times difficult.” The FDA website notes that the approval was granted given “an expectation of clinical benefit despite some uncertainty about the clinical benefit.”

Biogen, the company that makes the drug, said in a statement that the company is encouraged by the approval of “a new treatment option to address a defining pathology of the disease” and that they “continue to hear from many physicians who are supportive of the data.”

Adulhelm is estimated to cost more than $50,000 per person per year before discounts and rebates. The drug is likely to be covered by Medicare Part B, though insurance companies may limit who can receive the drug.

In a press release, Biogen and its partner Eisai announced payment assistance programs that are available, saying the companies feel a “great sense of purpose and responsibility” and are “committed to providing access to ADUHELM for patients across a spectrum of financial situations.”

Forester and Vahia said the cost is not just about the drug itself. Finding the right patient also involves screening tests, imaging considerations, risk management and resources that would be needed to get patients the monthly infusions.

“So much would need to be in place first — protocols, resources, etc. And then you run into enormous issues of cost and equity,” Vahia said.

The FDA is mandating that Biogen conduct a follow-up study to further determine the clinical effectiveness of the drug. The company has until 2030 to submit a final report to regulators.

“Do I think the approval was premature? Absolutely,” Forester said. “But I also feel hopeful that this attention, focus and discussion about Alzheimer’s will bring about a lot of change.”

Other experts are focused on what this means for the development of future treatments.

“Controversy surrounding [the approval of] new, imperfect medications is not new,” said Dr. Dennis Selkoe, the co-director for the Ann Romney Center for Neurologic Diseases at Brigham and Women’s Hospital in Boston.

Selkoe pointed to the early days of the HIV/AIDS crisis, in which the FDA approved a toxic antiviral drug that was also met with controversy, but was nonetheless seen as a place to start. That drug, AZT, became the first of many subsequent antivirals, now often used in combination, that are the mainstay of HIV treatment.

Adulhelm, Selkoe said, could prove to be a similar story.

“This is a significant step forward,” Selkoe said.

Yet, not all specialists agree, citing the fact that the FDA’s own independent advisory committee recommended against the new medication.

“The FDA going through with this approval against an independent review board’s recommendation is a dangerous precedent,” said Dr. Michael Menchine, associate professor of emergency medicine and vice chair and research director at the University of Southern California’s Keck School of Medicine, whose work and podcast focuses on critical appraisal of clinical research.

“Approving drugs that don’t work does not foster innovation,” Menchine said. “It fosters complacency, it fosters ‘me-too’ drugs, and it diverts resources away from things that potentially could work and help.”

Alzheimer’s disease affects upward of six million people, and with the world’s aging population, the global burden of the disease is expected to only continue to increase in the next decade.

For those living with Alzheimer’s today, Menchine said it’s essential for the doctors treating these patients to have honest conversations about the risks and limitations of this new drug.

“We need the scientific interpretation of data to drive all decision-making processes, big and small,” Menchine said. “Ultimately, an essential part of being a physician includes discussing the science, discussing the data with patients and their families so they can make the best decisions for themselves.”