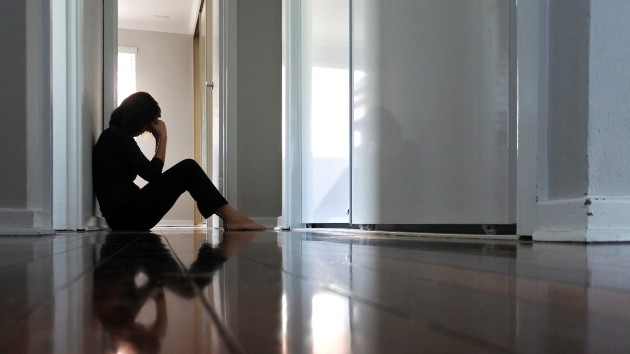 (NEW YORK) — When the pandemic hit more than a year ago, rates of depression soared, with 28% of respondents in one survey reporting depressive symptoms compared with 9% before COVID-19.

“It’s too early to know what the impact of COVID on suicide will be,” said Dr. Panagiota Korenis, M.D., a forensic psychiatrist at the BronxCare Health System.

Korenis suspects that there will be a delay before we can fully appreciate the mental health impact of COVID-19.

The first study, for example, relies on provisional data. However, Robert Anderson, Ph.D., chief of the Mortality Statistics Branch at the Centers for Disease Control and Prevention, said he does expect suicide rates for those dates “will remain a decline” after a fuller analysis is completed.

“Because they typically require a death investigation, [reported] suicides are more likely to be delayed relative to other leading causes of death,” said Anderson, adding that because death investigations may be delayed, especially during a pandemic, some causes of death are harder to count, such as overdoses. “We don’t know what’s behind an overdose — if it’s accidental or suicide.”

The Lancet paper’s authors suggest that some decrease in suicides in the early months of the pandemic could be attributable to the success of government and public mental health interventions as well as acts of solidarity in the community.

“In some instances, COVID did inspire the best in us,” Korenis added, “but for many people, these moments have fizzled into burnout and emotional fatigue.”

Psychiatric research shows that there are several factors that may increase someone’s risk of dying by suicide, such as having a mental illness like depression, financial hardship, having easy access to lethal means — especially guns — and a lack of protective factors like stable employment or solid relationships.

The pandemic saw many people lose jobs and struggle to maintain relationships, which could prove worrisome, experts said.

“It is hard to know why suicides have declined as mental health and economic problems have been on the rise,” Anderson said.

Even with potentially promising data for the pandemic’s early months, as rates of depression, anxiety disorders and other mental illnesses rise, many still are experiencing an increased risk overall of suicide.

“We are seeing an uptick in depression, an uptick in anxiety, an uptick in psychotic disorders,” Korenis explained, “and how we do managing those patients will determine how COVID impacts our suicide rates once the pandemic is over.”

If you or a loved one is experiencing suicidal thoughts, The National Suicide Prevention Lifeline provides 24/7, free and confidential support. Call 1-800-273-8255 for help.