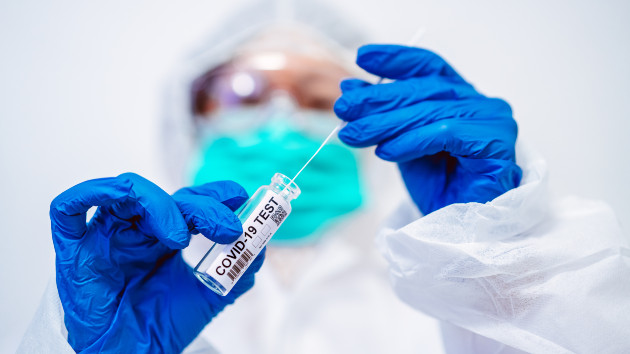 (NEW YORK) — Throughout the COVID-19 pandemic, disease surveillance efforts that rely on testing and variant sequencing have been critical tools in the global efforts to fight the virus.

Without these tools, experts said, the spread of COVID-19 could have been exponentially greater, potentially resulting in many more deaths.

“Testing and sequencing have been critical to understanding where the virus is and how it is evolving. This is critical information for response and mitigation efforts,” Dr. Rebecca Katz, professor and director of the Center for Global Health Science and Security at Georgetown University, told ABC News.

Surveillance tools have helped health officials make important recommendations throughout the pandemic — including the decision to green light booster doses for extra protection, and decision to pull back on some monoclonal antibody treatments authorized for COVID-19, following concerns that it was not effective against certain variants.

However, as the omicron surge has receded, usage of those key tools, namely testing, has also declined — a choice that has been a source of great concern for health experts as the more transmissible, omicron subvariant, BA.2, spreads across the U.S.

Although some Americans are still getting PCR tests, considered the gold standard of testing, reported testing levels are now at their lowest point in eight months, with numbers dropping by nearly 75% since the beginning of the year.

Even wastewater surveillance, which provides some measure of early warning, does not indicate variants present or give a clear indication of the number of cases.

“With reduced testing we have less visibility into disease transmission as well as virus evolution,” Katz said. “Certainly, the decline in testing we are seeing both in the U.S. and around the world is concerning. We are losing our situational awareness.”

Over the last month, the United Kingdom, which has been a global leader in COVID-19 sequencing, reported nearly 200,000 sequences, the highest of any country, to GISAID, the international database that tracks changes in the virus. Throughout the pandemic, the U.K. has been at the forefront of COVID-19 sequencing.

Comparatively, the U.S., which ranks third behind Denmark for sequencing, has reported about 35,000 sequences in the last 30 days.

Getting ahead of the curve

Last week, a new study found that the Centers for Disease Control and Prevention’s program to detect COVID-19 variants in international air travelers, using genetic sequencing, revealed that the first BA.2 case in the U.S. had actually been weeks before it was first reported.

“Earlier detection of new SARS-CoV-2 variants of interest and concern allows researchers and public health officials the needed time to gather information about transmissibility, virulence, and vaccine effectiveness to enable adjustments to treatment and prevention strategies,” the researchers wrote, adding that the surveillance measure could be used as an early warning system for future outbreaks.

Across the globe, BA.2 now accounts for approximately 86% of sequences from the last four weeks, World Health Organization technical director Dr. Maria Van Kerkhove reported earlier this month. She stressed that declines in surveillance could ultimately put the world at risk as the virus continues to spread.

In order to track new variants, teams have been sequencing the virus’ genetic material to identify its strain, lineage and specific mutations.

“We’ve only just realized the value of these methods for our communities and our health. Instead of fully recognizing this, we’re considering stopping. This is short-sighted,” said Davida S. Smyth, Ph.D., a professor and microbiologist at Texas A&M University, who has been tracking COVID-19 in New York City’s wastewater since the summer of 2020.

Wastewater will continue to be an important tool as a preliminary indicator of COVID-19 trends in the U.S. However, adequate genetic sequencing is also needed in order to identify new variants in the water.

“The only way we can track the virus is through a combination of clinical sequencing and wastewater sequencing,” Smyth said. “Wastewater can in fact serve as an early warning system. Without sequencing, we cannot determine the identity of the virus variants that are circulating and without testing we cannot know how prevalent it is.”

Of additional concern for some experts has been the decision to close down testing sites in favor of at-home testing. From coast to coast, dozens of states have moved to shutter public testing sites.

With at-home tests now widely available, most Americans are also not reporting their results to officials, and thus, experts say that infection totals are likely undercounted.

“The less data we have, the less insight — even predictive insight — we have to create evidence-based public health policy,” Jessica Malaty Rivera, an epidemiologist at the Pandemic Prevention Institute, told ABC News.

“The fact is, we’ve never tested enough. And I worry we’ve fallen Into the fallacy of ‘testing less, means less COVID.’ That’s a dangerous approach to this next phase of the pandemic,” Malaty Rivera said.

Health officials and experts agree that access to adequate funding will also be essential to the country’s ability to keep the virus under control.

CDC Director Dr. Rochelle Walensky said in an interview earlier this month that government funding is essential to the agency’s ability to monitor variants, and study other key COVID-19 issues.

Recognizing that we still do not know everything about COVID-19 will be important, Smyth added, as the virus has frequently proven itself to be erratic and unpredictable.