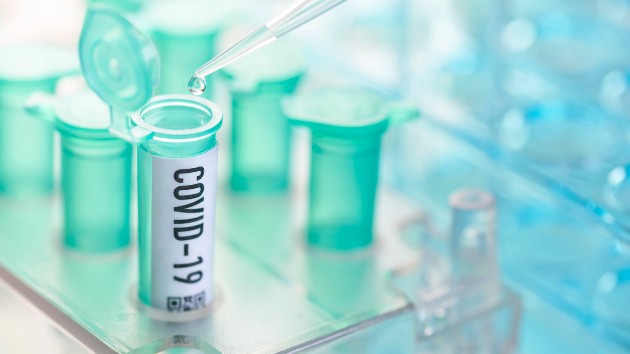 (NEW YORK) — Scientists have identified seven new coronavirus variants that have emerged in the United States, according to a study awaiting peer review.

All seven variants contained a similar mutation and were found to have emerged as early as July 2020. Scientists say it’s not surprising that they’re just now identifying new viral variants in the U.S., but it’s too soon to know what, if anything, these variants mean for Americans.

These variants add to a growing list of new variants now found within the United States, including the variants first discovered in the United Kingdom, Brazil and South Africa.

Scientists have also identified variants that first emerged on U.S. soil, including variants originating in the San Francisco Bay Area, Southern California and the Midwest.

In a paper published Sunday, researchers attempted to ease the confusion by naming the seven newly identified variants after bird species, like Robin and Pelican, akin to the way storms are named. No matter their names, scientists said a growing number of variants are sure to be identified in the U.S. and in parts of the globe where the virus is spreading rapidly.

“All RNA viruses mutate. Most mutations are meaningless, but certain key [mutations] can produce a variant,” Dr. Todd Ellerin, director of Infectious Diseases at South Shore Health, told ABC News. “[The United States has] the most replication and number of cases in the world, so we would expect the most diversity of virus.”

Ultimately, lab tests and epidemiological studies will be needed to determine if the new variants are more contagious, more dangerous or if they impact the vaccine.

But scientists are interested in monitoring these mutations because they can give us hints about why the virus is evolving in a certain way.

“These seven variants are significant because they appear to all have evolved a specific mutation… in the spike protein … independently — a phenomenon known as convergent evolution,” Dr. Amesh A. Adalja, senior scholar at Johns Hopkins Center for Health Security, told ABC News.

The fact that we’re now seeing similar mutations crop up in different parts of the country could mean that mutation gives the virus some sort of advantage, including “enhanced spread, immune evasion or some other cause,” Adalja said.

But with many unanswered questions, scientists agree these newly identified variants highlight the need for continued mitigation against the virus that causes COVID-19.

“The more uncontrolled replication, the more variants are likely to be produced,” Ellerin said. “We have to get the virus down as quickly as possible through the infection prevention measures masking, distancing, avoiding crowds, etc.”

And it’s more important than ever to vaccinate the country quickly, Ellerin said.

That means getting enough people vaccinated “as quickly as possible so we can flatten the curve,” Ellerin said. “The best measures to decrease variant production is through breaking the chain of viral transmission.”