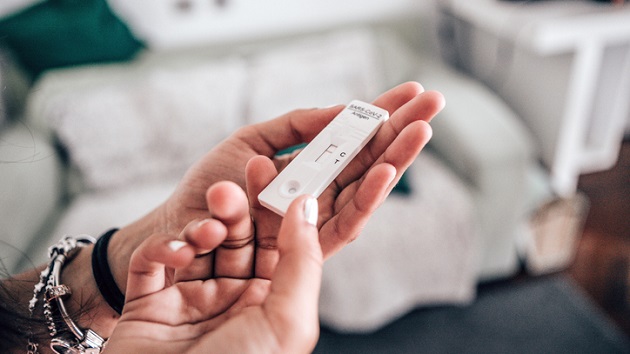 (NEW YORK) — As the nation approaches the grim milestone of 1 million lives confirmed lost to COVID-19, a new report reveals the “devastating and disproportionate” impact of the virus on low-income communities in the U.S., offering an initial analysis of the deadly consequences of poverty, economic insecurity and systemic racism.

“Poverty was not tangential to the pandemic, but deeply embedded in its geography,” researchers wrote. “Poverty and widespread inequality increases vulnerability to crises. While vaccines will prevent the worst impacts of COVID-19, they will not inoculate against poverty.”

The report, produced by the The Poor People’s Campaign in collaboration with the U.N. Sustainable Development Solutions Network, found that death rates in the lowest income group were double the death rates of those in the highest income group.

In addition, counties with disproportionately more Black residents had a significantly higher COVID-19 death rate than counties that did not.

The pandemic exacerbated preexisting social and economic disparities that existed prior to the emergence of COVID-19, the report found.

“Crises do not unfold independently of the conditions from which they arise,” researchers said. “The pandemic exacerbated preexisting social and economic disparities that have long festered in the US, including a deeply divided society, widespread poverty, a weak social safety net, inadequate living conditions, and a lack of trust in science that predated COVID-19.”

Prior to the onset of the pandemic, there were 140 million low-income people living in the U.S., accounting for approximately 40% of the population — including more than half of children in the country.

“Widespread and unequal distribution of wealth, income and resources prior to the pandemic created the conditions for many of the negative outcomes associated with the virus,” researchers wrote.

Death rates have varied throughout the pandemic, in each of the various surges. Researchers found that the two deadliest waves were the winter surge of 2020-2021, accounting for nearly 40% of all deaths to date, and the recent omicron surge, accounting for nearly 20% of deaths so far, according to data from Johns Hopkins University.

Preexisting disparities in health care access, wealth distribution and housing insecurity created “disastrous effects” for some Americans, as the virus exacerbated gaps in access that “caused increased harm to populations based on their class, race, gender, geography, and ability.”

Findings also suggested that pandemic job losses were concentrated among low-income workers, and that Americans living in poverty were the most likely to miss work due to COVID-19. Furthermore, Black and Hispanic women were most likely to lose full-time jobs.

Researchers stressed that adequate living wages, shared economic prosperity and inclusive welfare programs can address some of the concerns discussed in the report. In addition, ensuring universal and affordable health care, housing, water, access to utilities, quality public education and guaranteeing a robust democracy “will establish a more equitable foundation upon which we can build back better from the pandemic.”