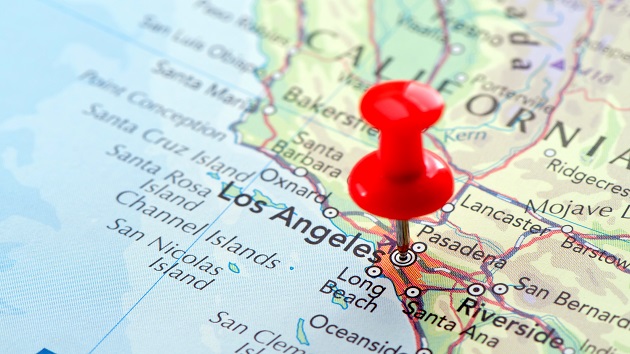 (LOS ANGELES) — COVID-19 cases are rising in Los Angeles County as the BA.2 variant continues to spread throughout the United States.

Data from the L.A. County Department of Public Health shows 1,088 new cases of the virus were recorded Thursday with a seven-day rolling average of 841 new cases per day.

That average is a 40% increase from the average of 601 cases per day recorded two weeks earlier, according to the data.

Additionally, the seven-day average of positive tests rose to 1.0% from 0.7% over the same period.

However, officials believe the number of positive cases is an “undercount” because many people who test positive use rapid at-home tests and don’t report their results.

During a press conference Thursday, L.A. County Public Health Director Dr. Barbara Ferrer said there were 14 new outbreaks in schools for the week ending Tuesday compared to four outbreaks the prior week.

One of the active outbreaks, which occurred at a high school, started with 26 cases and has since grown to 60 cases.

Health experts said the surge of cases is, in part, due to BA.2, a subvariant of the original omicron variant.

Ferrer revealed during the press conference that the highly infectious subvariant accounted for 46.5% of samples that underwent genomic sequencing, up from 31.8% the week prior.

Because the most recent date for which subvariant-specific data is available in Los Angeles is March 19, Ferrer said she expects BA.2 may now make up more than half of all COVID-19 infections in the county.

This is in line with data from Centers for Disease Control and Prevention, showing BA.2 makes up 75% of all cases in the Western region, which includes California, Arizona and Nevada.

“Given that BA.2 is more transmissible than the earlier strains of omicron, it’s very likely BA.2 is now the predominant subvariant in L.A. County,” Ferrer said.

The Los Angeles County Department of Public Health did not return ABC News’ request for comment.

The spread of the variant mirrors what’s been seen in several countries in Europe, including England, which hit a record-high 1 in 13 people being infected with the virus last week, according to the U.K.’s Office for National Statistics.

However, experts said the rise in cases can also be attributed to the relaxing of public health measures.

“People are letting down their guard in terms of distancing, masking and attending crowded events,” Dr. Otto Yang, associate chief of infectious diseases and a professor of medicine at the David Geffen School of Medicine at the University of California, Los Angeles, told ABC News. “It’s not rocket science. We know how the virus spreads. We know if we relax the measures, it will spread more.”

Ferrer said the relaxing of indoor masking is also one of the reasons behind school outbreaks.

However, hospitalizations and deaths due to the virus in L.A. County continue to remain low.

In the last two weeks, daily hospitalizations have dropped from 373 to 273, according to county data.

Meanwhile, the daily number of deaths currently sits at 15, down from 16 the week before, the data shows.

Yang said the low numbers are due to several factors including high vaccination rates, effective treatments and some prior immunity from infection during the previous omicron wave.

But he warned that these figures could rise in the next few weeks.

“These indicators lag so it takes time [during a surge] before people become seriously ill and die,” Yang said.

Yang also encouraged residents to get their booster shots if they haven’t already and to consider wearing masks around family members or friends at high risk of severe illness.

“If you are at risk of giving it to someone who would have a severe case, consider wearing a mask and avoiding indoors crowded events,” he said. “The same measures will still work. Even if your personal risk isn’t high, think about the people around you.”