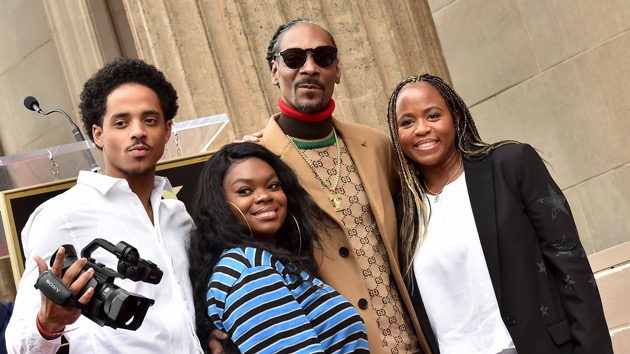 (NEW NEWS) — Cori Broadus, the 21-year-old daughter of rapper Snoop Dogg and his wife, Shante Taylor Broadus, opened up about her mental health and said she recently tried to take her own life.

The aspiring artist first addressed her struggles with mental health over the weekend, saying on Instagram, “The last few weeks my mental [health] has not been so great,” and adding, “at one point I tried to end my life.”

Broadus said she has since found a “a purpose to live” and credited her family and friends for helping her “realize Iife is much more than materialistic things.”

Later on Sunday, she opened up further about her struggle with mental health in a half-hour video.

Broadus explained her depression started in “childhood,” saying, “I grew up with two light-skinned brothers, and I was the only chocolate one. I was overweight. I got lupus at 6, so I was overweight from being on steroids, and that automatically messed with my health … People looked at me like I was an alien.”

Because she felt as though she didn’t have “a purpose here,” she began struggling with suicidal ideation when she was 13. Broadus said a recent attempted suicide led her to being placed under “5150,” involuntary psychiatric hospitalization.

She credited the involuntary hold for saving her life and hopes her story will save others, stressing the importance of reaching out during moments of need.

Broadus also urged her followers to be kind to everyone and not associate privilege or fame with being happy, touching upon Robin Williams’s tragic death in 2014, noting he was secretly struggling behind closed doors.

Michigan health system restricts visitors under 5 due to spike in RSV, flu cases

How to beat the negative health effects of daylight saving time