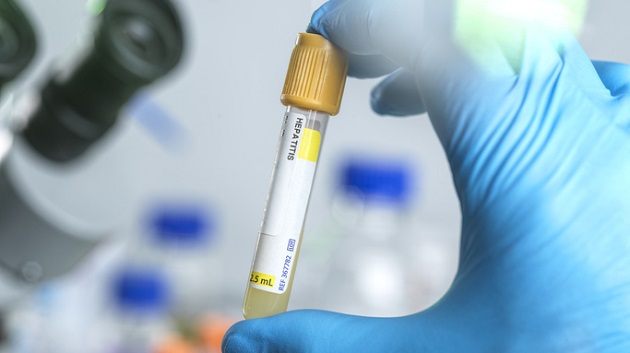 (WASHINGTON) — U.S. and global health officials are sounding the alarm about an increasing number of mysterious cases of severe hepatitis occurring among children.

Earlier this month, researchers in the United States and Europe announced they were investigating small clusters of the cases emerging across the globe. Soon after, the U.S. Centers for Disease Control and Prevention released an alert to doctors and providers to be on the lookout for the unusual cases.

Globally, around 170 cases have been identified, according to World Health Organization officials, with many of the children under the age of 10.

“What is particularly unusual is that the majority of these children were previously healthy,” Dr. Philippa Easterbrook, a medical expert with the WHO’s Global HIV Hepatitis and STI Programme, said during a press conference on Thursday.

The causal agent of these cases of acute hepatitis, or liver inflammation, in children, remains unknown. Experts say hepatitis is often caused by an infection, but not always.

In an effort to identify what may be driving the outbreaks, the WHO has initiated a full investigation, encouraging countries to report concerning cases, with their scientists hoping to find any potential connection.

Domestically, Alabama, Delaware, Illinois, New York, North Carolina and Wisconsin confirmed to ABC News that a total of more than 20 cases of severe hepatitis have been identified in the U.S.

At least four children in the U.S. have required a liver transplant.

On Wednesday, officials from the Wisconsin Department of Health Services issued a health alert over concerns over the discovery of a recent cluster of cases in children of acute hepatitis. Of the four cases identified, two children developed severe outcomes, including one child who required a liver transplant, and one child who died.

Likewise, at the University of Alabama Hospital at Birmingham, physicians have been investigating a concerning uptick in the number of children infected with severe acute hepatitis since the fall.

“What caught our attention, from the beginning, was that all of these cases were testing positive for adenovirus,” Dr. Helena Gutierrez, medical director of the UAB and Children’s of Alabama Pediatric Liver Transplant Program, told ABC News on Thursday, adding that officials were also alarmed by the severity of the cases.

Nine patients with pediatric hepatitis in Alabama have been shown to be positive for the adenovirus-41 strain through blood work, two of whom have required liver transplants, according to state officials. However, an official correlation has yet to be confirmed.

The majority of these children, mostly under the age of 10, and many of them under the age of 5, came to the hospital with similar symptoms — diarrhea and vomiting, which subsequently led to dehydration, according to Gutierrez. These initial symptoms were followed by jaundice, with the skin turning yellow, and then the sclera, or white, of the eyes subsequently turning yellow.

Experts say these outbreaks are very “unusual”, and there is likely a confluence of factors behind the rise in severe cases.

WHO officials reported that one of the “leading threads of investigation” is the potential connection to the adenovirus. However, a direct link has yet to be made.

“At the end, most likely, this is all going to be multifactorial, it could be a virus that’s driving it, plus an exaggerated response from these patients to try to combat these viruses,” Gutierrez said. “Knowing that there are different centers that are seeing more of these cases, it is definitely rare, and it’s not the norm.”

With a hepatitis outbreak, physicians often look for infectious and non-infectious causes to explain the uptick in disease, according to WHO officials. Thus far, none of the common hepatitis viruses (A, B, C, E) can be traced to this outbreak, and there have been no other known potential exposures to drugs, environmental agents, or toxins.

The emergence of these clusters of severe hepatitis among children comes after many children have been forced to stay inside and distance themselves from social activities, due to the COVID-19 pandemic. One hypothesis, that the outbreak could potentially be linked to a lack of exposure to other germs, is one that health experts are investigating, Gutierrez said.

The COVID-19 pandemic reduced the circulation of other viruses, and now that life is getting back to normal, officials have seen an increase in adenovirus.

It is still unclear what role COVID-19 is playing in this outbreak, according to Dr. Richard Peabody, who leads WHO Europe’s high-threat pathogens team. It could “potentially” be playing a role, but any link “really needs further investigation to understand whether [COVID-19] might be a factor.”

There is also no evidence, at this time, that vaccination against COVID-19 is related to the outbreaks, as the majority of the children were unvaccinated.

When asked what parents could do to protect their kids, given the lack of information pertaining to the causal agent for the hepatitis infection, Gutierrez said that parents should not to be alarmed, given that kids get sick routinely, and if they developed symptoms such as diarrhea and vomiting, it is critical to keep them hydrated.

However, she urged parents to seek medical attention if the children developed symptoms that are not normal.

If symptoms “continue to be an issue, and hydration is a problem, just like any other type of illness, just go to your pediatrician, but especially if you see that your kid starts to have skin that’s turning yellow, or the white of their eyes turning yellow, or urine that’s very dark in color,” Gutierrez said.

Such symptoms should be brought up to the attention of the pediatrician, so that the child can be assessed, and to determine if care should be escalated.