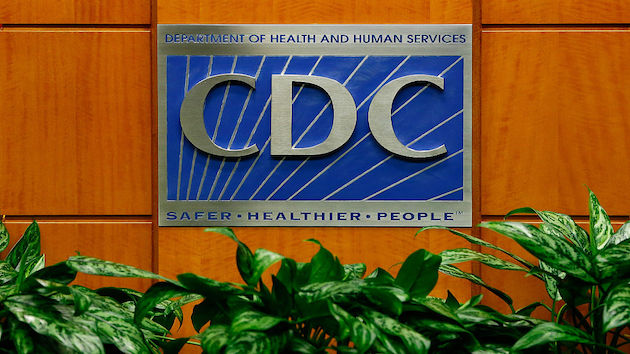 (NEW YORK) — At least 109 children have been sickened — including five who have died — from mysterious cases of hepatitis with an unknown cause, officials from the Centers for Disease Control and Prevention said Friday.

Reports of the cases, which have been identified in 25 states and territories over the past seven months, come days after officials from the World Health Organization said that they were investigating similar cases around the globe.

Overall, more than 90% of these patients under investigation in the U.S. were hospitalized, 14% received liver transplants and more than half had a confirmed infection from adenovirus, common viruses that can cause a variety of illness. The majority of these children have fully recovered, officials said.

Officials acknowledged that the increase in cases may be alarming, but overall, the rate of severe pediatric hepatitis cases is still quite rare.

“We know this update may be of concern especially to parents and guardians of young children,” said Dr. Jay Butler, deputy director for infectious diseases for the CDC, told reporters during a phone briefing on Friday. “It’s important to remember that severe hepatitis in children is rare, even with the potential increase in cases that we’re reporting today,”

Officials stressed that this is an evolving situation, and investigators are “casting a wide net” to help determine the cause of these outbreaks.

“Although rare, children can have serious hepatitis, and it’s not uncommon for the cause to be unknown. The 109 patients under investigation were identified as having been all within the past seven months. Not all the cases are recent, and some may of them may ultimately wind up not being linked to the current investigation,” Butler said.

Officials reported that they are working closely with public health experts around the world to understand the global outbreak of cases. Globally, around 278 cases have been identified, according to World Health Organization officials, with many of the sick children under the age of 10.

Thus far, none of the common hepatitis viruses (A, B, C, delta and E) can be traced to the cases and officials do not believe there is any connection to the COVID-19 vaccination, as many children had either not been vaccinated or were not yet eligible to be vaccinated.

Officials repeatedly stressed it is still unknown what is behind this concerning outbreak.

It’s not clear what role other factors may play, such as environmental exposure — including animals, medications, or other infections that the children might have, Butler said.

“Investigators both here and abroad and around the globe are working hard to determine the cause,” Butler said.

A potential connection to adenovirus remains “top of the list” for viruses of interest, and one of the leading hypotheses by investigators for what could be causing the outbreak.

Although there has been no known connection to COVID-19, specifically among the nine cases of severe hepatitis among children in Alabama, Butler said overall, a potential link to COVID-19 is still under investigation.

Parents should also take every-day preventative actions to protect against infections, including regular handwashing, avoiding people who are sick, covering coughs and sneezes, and avoiding the touching of the eyes, nose or mouth.

China is ‘heavily underreporting’ number of COVID-19 deaths, WHO says