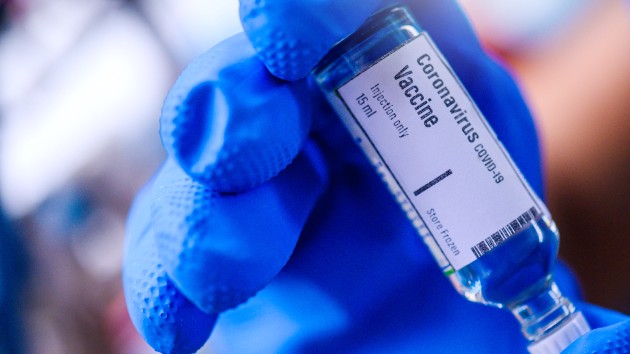 (NEW YORK) — About a quarter of California’s population has received one shot of the coronavirus vaccine so far, according to data from the Centers for Disease Control and Prevention. However, most of the shots so far appear to have gone to populations that are less vulnerable than others.

State health officials say they are working to improve those numbers.

The CDC issued a report last week that measured counties’ vaccine rollouts with regards to “social vulnerability.” The vulnerability index included several factors including race, education, poverty level and housing, which the agency noted has also been linked to higher coronavirus rates.

The report examined roughly 49 million shots distributed between Dec. 14 and March 1. Of the 48 states surveyed in the report, California ranked 44th when it came to vaccinations among residents in the highest socially vulnerable counties. About one in four shots went to those counties, the CDC said.

The states that ranked below California in vaccine distribution in the most vulnerable counties were Kansas, Maryland, Idaho and New Hampshire.

The CDC report acknowledged that states have different vaccination rollout strategies and that because doses were given out based on population densities, less vulnerable counties may have received more of the shots. The agency also reiterated that each state’s priority list for eligible patients differed.

During the earlier months of the rollout, California prioritized medical workers, the elderly and the highest risk residents.

The CDC highlighted Montana, Arizona and Alaska, where 40% of the vaccines went to high socially vulnerable counties. The report noted that those states took early action to address vulnerable populations through outreach, particularly through tribal health organizations, directing the shots to those communities and, in some cases, offering free transportation to sites.

On March 4, California Gov. Gavin Newsom and state health officials announced a plan to double the allocation of vaccines to the hardest-hit areas in order to address the inequities of the vaccine rollout. In a statement to ABC News, the California Department of Public Health said the CDC report underscores their latest efforts to get the shots to the state’s most vulnerable communities.

“With the implementation of the Statewide Vaccine Network, the state will be able to accurately collect data on who has been vaccinated and direct vaccines and resources to communities where vaccinations have lagged,” the department said in the statement.