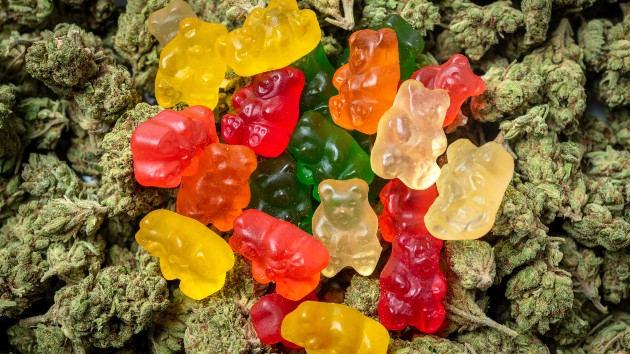 (NEW YORK) — New York State is on the brink of legalizing marijuana for recreational use — following the footsteps of several other states — but experts warn it could lead to more overdoses in kids.

Experts say there has been a recent rise in pediatric exposures to cannabis, and “marijuana edibles” are landing children in emergency rooms across the country.

“We are seeing these edible exposures more and more often in younger kids, they come in completely sedated after getting into brownies at a party or getting into edibles that belong to their teenage siblings,” said Dr. Payal Sud, the medical toxicologist and associate chair of the emergency department at Glen Cove Hospital.

According to a study published by the American Academy of Pediatrics, poison center calls associated with unintentional pediatric exposures to cannabis have increased in the United States from 2017 to 2019, largely as a result of the accidental consumption of edible cannabis products.

“Lots of edibles look just like candy. From the outside it looks like candy and when you unwrap it, still candy — but they are infused with THC, the active ingredient in marijuana,” Sud said.

According to Sud, the dangerous thing about these edibles is that they are made to taste good.

“People don’t feel the effects right away,” she said. “So, when a child bites into them, they may end up eating a lot more than a typical dose and it will end up hitting them all at once.”

Sud said that although death from eating marijuana edibles is extremely rare, very young children might experience problems breathing, depending on the dose consumed.

“But even if the exposure doesn’t result in a fatality, having a child be subject to testing and hospitalization in general is not without risk,” Sud said.

This is a trend that has been most notable in states where marijuana use is already legal.

A study published in JAMA Pediatrics revealed that after legalizing recreational marijuana in 2014, Colorado saw an average 34% increase in cannabis-related poison control cases per year.

“Parents shouldn’t be surprised when they go to the homes of their friends, families or neighbors and marijuana is openly being used once it has been legalized,” said Dr. David Lee, a medical toxicologist, emergency medicine physician and retired professor at Hofstra-Northwell Medical School.

Lee expects more marijuana products to be left out in the open at people’s houses because users may no longer feel compelled to hide them. But it’s these behaviors what could put kids at an increased risk of exposure.

According to toxicology experts, parents should be aware of the dangers of accidental consumption.

“You’d be pretty surprised at the high concentrations of THC one little piece of candy can have,” said Dr. Nima Majlesi, the director of medical toxicology at Staten Island University Hospital and an emergency medicine physician.

He said that sometimes it’s not intuitive.

“In some cases, you might think a single dose is one chocolate bar, but in reality, one dose is just a tiny little piece of that chocolate bar,” Majlesi said.

Majlesi added that marijuana edibles should be treated just like any other medication kept in the house: They should be stored in a lock box, especially if you have toddlers or infants.

“Think about them like your mom and dad’s blood pressure medications” he said. “These things are made to look appetizing, and kids don’t know any better, so locking them up is probably the best way to go. I would encourage those safety precautions with all toxic substances in the house.”