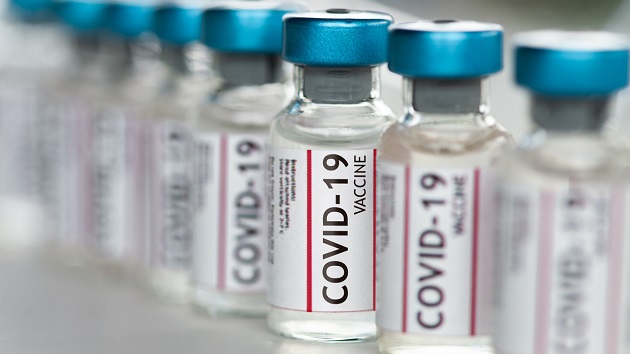 (LITTLE ROCK, Ark.) — Arkansas’s million-dollar stick and carrot has failed to pick up its lagging COVID-19 numbers, according to recent health data.

Arkansas Gov. Asa Hutchinson took a page from other states, such as Ohio and New York, and introduced a vaccine incentive program for residents who are eligible for their shots on May 25. The million-dollar program gave out an Arkansas Lottery Scholarship $20 scratch-off ticket or a $20 gift certificate for the Arkansas Game & Fish Commission for new first doses.

At the time of the announcement, the state’s seven-day average of new vaccine doses administered was around 8,300, a far cry from its peak of 22,000 in early April, according to the state Health Department data. Since then, the numbers have decreased and leveled out and as of June 28, the seven-day average is 4,833, the data showed.

“I don’t know if we’re going to be able to buy our way out of this,” Col. Robert Ator, the program director of the Arkansas vaccine incentive program told ABC affiliate KATV.

Health experts said that Arkansas should refocus its efforts to combat the state’s issues on access to free vaccines and hesitancy from residents if they truly want to pick up their pace.

Only 2,482 lottery tickets and 926 Game and Fish Licenses have been given out as part of the incentive program, according to a Health Department spokeswoman.

Dr. John Brownstein, an epidemiologist at Boston Children’s Hospital and an ABC News contributor, said one of the biggest problems that are holding back the numbers is local access to a vaccination site. Research data from the Computational Epidemiology Lab at Boston Children’s Hospital found that many Arkansas counties are in “vaccine deserts,” where a vaccine distribution center is more than a 15-minute drive.

Brownstein said that distance is a hurdle for many.

“The question that comes up is: Can they get the vaccine and get time off from work?” he said.

Scott Pace, an Arkansas-based pharmacist and owner of Kavanaugh Pharmacy in Little Rock, told ABC News in an interview earlier this month that the travel issue also affected people taking part in the incentives.

Pace added that redeeming the lottery ticket or Arkansas Game and Fish certificate often requires the extra step of going to a local health unit for retrieval.

Brownstein added that hesitancy and skepticism on the vaccine’s effectiveness are holding many people back across the country.

Ator told KATV his office would be working on other strategies, including pushing employers to offer incentives to their workers who get their shots. He expressed concern citing the state’s rising cases of the delta variant.

Brownstein said that is a good start, but the state’s main strategy is to eliminate the vaccine deserts. He added that if the state worked with primary care physicians to help educate and eventually distribute the vaccine, it could help eliminate some of the concerns by latecomers.

“They have the trust and can have the one-on-one conversation about the vaccine,” he said.

Anyone who needs help scheduling a free vaccine appointment can log onto vaccines.gov.