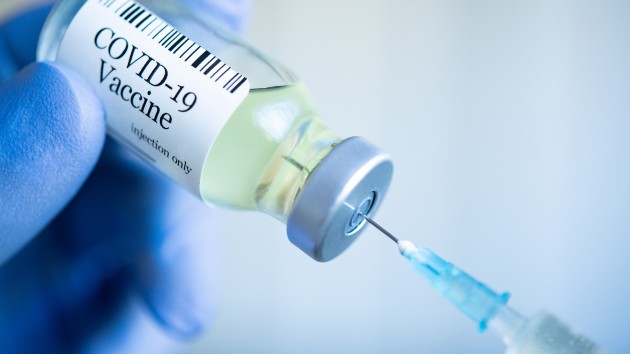 (NEW YORK) — When New York Gov. Andrew Cuomo announced Monday that the state would open COVID-19 vaccinations to all New Yorkers who are 16 and older starting April 6, he joined the ranks of other big-state governors who have removed age-based vaccine eligibility requirements in recent weeks.

The decision to open up vaccinations to all ages requires careful balance, experts say. Removing eligibility requirements could get shots in arms faster, which is especially important during a period in which the United States is in a tight race between virus variants and vaccinations.

But ending prioritization of vulnerable groups also raises thorny questions about who is likely to benefit from loosened vaccine criteria and who could be left behind.

The argument to keep priority restrictions in place

There are logistical and technological challenges to getting vaccine appointments, and those who are technologically savvy and have time to spend on vaccine appointment websites stand to benefit the most from less-stringent vaccination qualifications for vaccines. People without good internet access, whose jobs aren’t flexible or who have to secure child care in order to visit a vaccine site have less to gain from looser criteria.

“The challenge of opening up too quickly is that vaccination could start to favor those who are not at greatest risk,” Brownstein noted. “Those who are resourced enough to potentially access the vaccine would be at the front of the line.”

Opening up vaccine access doesn’t solve existing problems like pharmacy deserts, Brownstein said. Instead, it may drive more people to the same sites.

“You have to think about communication and restructuring where vaccines are provided to fill in those gaps,” he said.

And while opening up may boost overall doses administered, speed isn’t the only factor to take into account when making vaccination decisions. Getting vaccines to the people most at risk for COVID-19 complications and death is an equally important consideration.

“We know the pandemic has not affected people equally,” Brownstein added. “We should make sure that how we’re vaccinating people accounts for that and doesn’t consider every person the same.”

The argument to remove age-based restrictions

Without additional effort from states to reach their at-risk communities, age-based restrictions may be counterproductive, according to Dr. Jorge Caballero, a clinical instructor at Stanford Medicine and co-founder of the group Coders Against COVID.

In California, Gov. Gavin Newsom announced that the state would open vaccinations to everyone 16 years old and up on April 15, but would reserve a window of time from April 1 until April 14 for Californians age 50 and older.

The decision to delay opening vaccinations to all age groups in favor of a graduated approach may amplify disparities instead of closing them, Caballero said. There’s an age gap in California, he explained, with a large number of very old residents and an even larger number of very young residents. By comparison, there are fewer people in the 50-year-old age range. Using a stepwise approach for vaccine eligibility in California disproportionately affects young residents, he explained.

“In California, that happens to be Black and Hispanic persons,” Caballero said.

That distinction is important, since Black and Hispanic populations are at greater risk for COVID-19 infections, hospitalizations and death than their white peers, according to the Centers for Disease Control and Prevention.

Instead of relying on age-based criteria, a more equitable approach would be to open up vaccines to all, while simultaneously ramping up vaccine strategies that reach vulnerable populations of all ages, such as walk-up and mobile vaccination sites, Caballero said. In Philadelphia, when the Federal Emergency Management Agency-run site started reserving half of its daily doses for walk-in vaccinations from underrepresented zip codes, the pool of vaccine recipients became more racially diverse.

And while every state has different access and infrastructure contexts, the role that vaccine hesitancy plays in some states’ choice to open up vaccinations widely can’t be discounted, Brownstein noted.

“If you have high hesitancy, you’re going to want to start opening things up to get as much vaccine distributed as possible,” he said.

President Joe Biden has directed all states to open up eligibility to Americans ages 16 and up by May 1.

“The Biden administration is telling us that we should have plenty of vaccines within the next few months,” Caballero said. “My take is that the data would suggest that now would be the time to open to all persons 16 and older.”

That doesn’t mean giving up on equity, he added. States should make as many sites walk-up accessible as possible, especially mass vaccination ones.

“Leverage the resources that have been made available by the federal government to really get as many folks vaccinated as quickly as possible,” he said.

Until May 1, states are figuring out whether to expand eligibility on their own, and there’s a tradeoff between speed and equity, as well as disagreements about what fairness looks like.

“There’s absolutely tension that exists between getting to that overall herd immunity number and making sure you’re doing that in a fair way,” Brownstein said. “Sometimes they can go hand in hand, but many times, they’re in direct opposition to one another.”