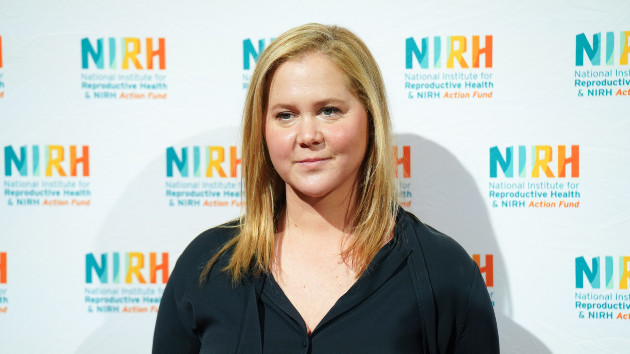 (NEW YORK) — Comedian Amy Schumer revealed Monday that she is taking the COVID-19 treatment Paxlovid as part of her overall care package as she recovers from the infection.

Paxlovid is a Food and Drug Administration-authorized treatment given as a series of pills over five days that can dramatically reduce the risk of severe illness. The U.S. government has purchased millions of doses in an effort to expand access to the drug for everyday Americans.

But in a series of social media posts, Schumer rhetorically asked if she is eligible for Paxlovid considering she is also taking the antidepressant, Lexapro. Although experts say it’s safe to take Lexapro and Paxlovid at the same time, they say Schumer’s posts raise awareness of an important issue: Paxlovid works, but it should be used with caution.

“Paxlovid is very important and has really been a game-changer as it’s the first oral antiviral that’s been authorized by our FDA and recommended by the CDC for high-risk patients with COVID 19 symptomatic infection…and has been shown to decrease hospitalization and death by close to 90%,” said Dr. Todd Ellerin, director of Infectious Disease and Chief of Medicine at South Shore Health.

But the drug shouldn’t be used at the same time as many common prescription drugs, including some medications to treat mood disorders, heart conditions, high cholesterol, hypertension, migraines and many others. A full list of drugs that can react with Paxlovid can be found on the FDA Fact Sheet.

According to Ellerin, anyone taking a prescription medication should speak to their pharmacist or doctor before taking Paxlovid.

In some circumstances, people can stop taking their existing medication for five days while they take Paxlovid. In other cases, a doctor might be able to adjust drug doses, or recommend an alternative to Paxlovid, such as Remdesivir or a monoclonal antibody to help reduce the risk of severe COVD-19.

Paxlovid contains two drugs, Nirmatrelvir and Ritonavir and experts warn that Ritonavir in particular can cause unsafe reactions with a long list of medications. Paxlovid can inhibit the ability to break down other medicines within the body, leading to an unsafe buildup of those medicines when recently taken.

Ellerin says people shouldn’t feel discouraged from seeking Paxlovid to ease COVID-19 symptoms, but anyone with questions should speak to a healthcare provider first.

“Your pharmacist can be really helpful,” said Ellerin. “If they say you have to be careful with these meds, then you want to speak to your provider.”