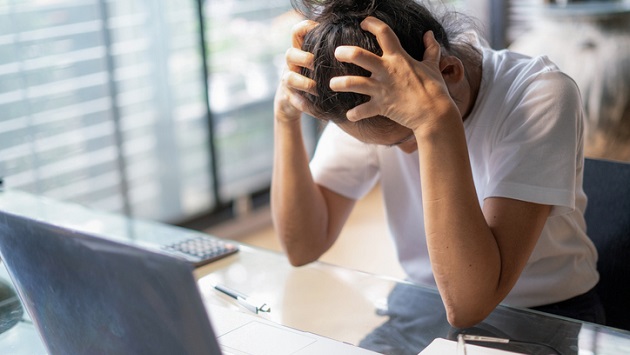 (NEW YORK) — May is Mental Health Awareness Month, and two years into a global pandemic that has highlighted the need for increased access to mental health care, 570 counties across the United States still have no psychologists, psychiatrists or counselors.

Most are considered rural, meaning your ability to access care may differ greatly depending on where you live.

“While this country has given resources for healthcare over the decades, it has never been enough,” said Dr. Saul Levin, chief executive officer and medical director for the American Psychiatric Association.

Rural areas, in particular, Levin said, “have not gotten the resources to keep up.”

Seventy-five percent of rural counties across the country have no mental health providers or fewer than 50 per 100,000 people, according to an ABC News analysis of Centers for Medicare and Medicaid Services data.

A majority of counties with no or few providers per capita are located in the Midwest and Southeast regions of the U.S.

ABC News data journalists developed this interactive map showing the ratio of patients to providers in counties across the nation.

The ABC News analysis shows Texas has the highest number of counties with no providers.

Of the state’s 254 counties, 172 are considered rural, according to Weldon.

She wrote that the Texas Health and Human Services Commission “places a high priority on identifying mental health and substance use service availability at the right time and right place.”

The state is currently working on increasing access to mental health care for residents in rural areas with an initiative called All Texas Access, which includes efforts to decrease costs to local government for crisis care services and address incarceration of and the number of emergency room visits by people with mental illness.

The ABC News analysis also found that Nebraska (49.5%), North Dakota (49.1%) and South Dakota (47%) have the highest percentage of counties with no providers.

Laurie Gill, Cabinet secretary for the Department of Social Services in South Dakota, said the state faces infrastructure issues that can complicate access to mental healthcare.

“We are, I think, classified as a frontier state, and we have this challenge across many, many different avenues,” Gill told ABC News. “When we come to talking about mental health services, we want all South Dakotans, regardless of where they live, to have access to at least short-term comprehensive behavioral and mental health crisis stabilization. Our goal is to try to keep people as close to home as possible in the least restrictive settings that we can.”

The mental health care system in South Dakota, Gill said, operates mainly through contracting with 11 nonprofit community mental health centers located across the state, which provide services including therapy and crisis intervention. Each center serves multiple counties, meaning residents may not always have a center nearby.

In communities where accessing care is more difficult, Levin says, people may find their illnesses progress before they are able to receive it and, “the comorbidity is a lot more severe.”

Gill acknowledged that sometimes a lack of options at the local level has sometimes led to people in the state needing more intensive, inpatient psychiatric care, but said her department has been doing a gap analysis to identify needs in the mental healthcare system and fill them.

Native Americans are also more likely to live in a mental health desert. South Dakota is home to nine tribes, and Native Americans make up about 9% of the state’s population, according to U.S. Census data for 2021.

Gill said the state recognizes this population struggles with a disproportionately high rate of suicide and is working on increasing access to mental healthcare on reservations.

“Just in the last 2 years, the need for mental health and substance abuse services, they actually surged due to the COVID-19 pandemic,” Severns said.

She explained that the trauma of the pandemic compounds on the historical trauma this population struggles with, adding to the need for care. As is the case across much of the nation, however, Severns said COVID enabled expanded access to telehealth services on reservations.

“We just need more resources and now that behavioral health has become the forefront not only within our community, but also nationally,” Severns said. “The biggest [challenge] is the stigma. There’s rural challenges as well, but people don’t want to go into a clinic, so we have seen high success when there was an audio [option] allowed for them to just touch base with their therapist.”

Concern has also been heightened recently for the mental health of young people in America, with the U.S. Surgeon General Dr. Vivek Murthy telling the Senate Finance Committee in February that the obligation to act is, “not just medical, it’s moral.”

Some organizations are working to address mental health impacts on youth, particularly amid the last two years of increased stress due to the COVID-19 pandemic.

Save the Children, a nonprofit organization focused on improving outcomes for children through education, health care, and other avenues.

“One of the components to ensure that children are able to survive and thrive is to provide for their mental health,” said Greta Wetzel, Senior Advisor of Psychosocial Support for Save the Children. “[It’s by] providing those psychosocial support, social-emotional learning opportunities, that they are able to develop into that strong and holistic child and have it be able to thrive.”

One of the programs the organization provides is a psychosocial support program called “Journey of Hope,” which was designed to help children build resilience.

Cathryn Miller, West Virginia State Director for Save the Children, explained that the program has been very beneficial in her state, where many children and families struggle with things like poverty and substance abuse.

“I think it’s really important to remember that kids aren’t just little adults,” Miller said. “And so, when we as adults are struggling through the pandemic and a lot of these challenges we’re facing, it’s amplified for children.”