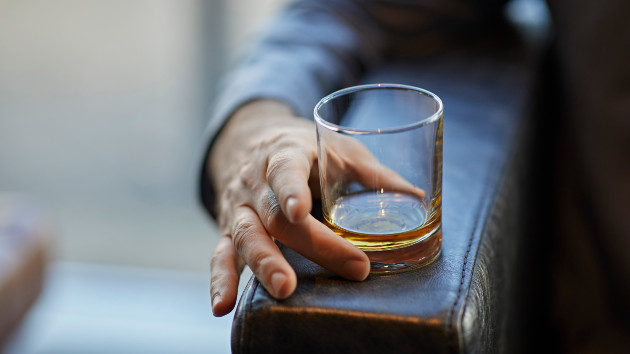 In elementary school, his father would offer swigs of Budweiser in the car during their daily pilgrimage from Pomona to Hollywood, California to pick up his mother from cosmetology class, he told ABC News.

Decades later, after churning through dozens of jobs, Martin — who spoke under the condition of anonymity to protect his privacy — found himself in the pandemic’s crosshairs.

Seven days into a gig as a short-order chef, in March 2020, his restaurant shut down and the 44-year old began quarantining with his family. Martin said he tried desperately to abstain from drinking  — he adored helping his arthritic mother with chores around the house — but the pandemic only deepened his underlying alcoholism.

“All I ever knew about how to spend my time was to get drunk,” Martin told ABC News, “and I had more of my time than ever before.”

In September, his family kicked him out. Two months later, he was passing out cold on the street, he recalled.

Americans had been drinking more for years ahead of the pandemic. But as COVID forced people to lock down, these patterns only intensified.

New research shows that deaths caused by alcohol shot up, too. And younger Americans — people in their late 20s, 30s and early 40s — were the hardest hit.

Struggling to cope with pandemic stressors

That extra glass of merlot was driven in part by people’s attempts to cope with unprecedented circumstances, Anusha Chandrakanthan, a psychiatrist at Santa Clara Valley Medical Center, told ABC News.

“Social isolation, along with fear of the unknown, have always been major triggers for our patients,” Chandrakanthan added.

At the same time, alcohol became easier to get than ever, said Sara Polley, who directs youth continuum services for Hazelden Betty Ford, a national addiction treatment organization that also runs residential centers.

Relaxed alcohol-delivery laws meant people could order merlots, stouts or vodka to their homes across the country. There, they could pour uninhibited by open tabs or last calls, Polley added.

Heightened stressors, plus ease of access, led to Americans purchasing alcohol at the greatest rate in decades, according to IWSR, an alcohol research organization.

By winter 2021, hospitals around the country reported that alcohol-related admissions increased up to 50% compared to prior years. Hospitalizations leapt higher still during intermittent stay-at-home orders.

New data now shows that alcohol deaths, which are defined as those where alcohol use disorder is a cause of death on death certificates, have skyrocketed as well.

A study published this week found that deaths rates surged by 25% in 2020. They stayed high in 2021 — 21% above the pre-pandemic baseline — a figure equating to tens of thousands of deaths.

The research builds on data from March that likewise showed increases in alcohol-related deaths. It also reinforced another finding: young adults were hit the hardest.

The observation may reflect a sea change in how younger Americans view alcohol, Aaron White, chief of epidemiology and biometry at the National Institute on Alcohol Abuse and Alcoholism, told ABC News.

Drinking alongside drugs can be particularly deadly. Historically, one out of every seven opioid deaths also involve alcohol. As opioids overwhelm the country, deaths involving both are only accelerating.

The toll may be higher than we know

And bad as the alcohol death data look, they may actually underestimate the toll, White told ABC News.

Since death certificates rely on examiners’ judgment, not all may screen for alcohol or attribute the death to alcohol if it’s detected.

“We know for certain that deaths due to alcohol are undercounted,” White told ABC News, “so, the question is, what’s the true number? And really, we have no idea.”

Will the trend continue?

Whether the mortality spikes are a blip or a trend remains up for debate.

Some experts, like Polley, are hopeful they’ll resolve “as peoples’ lives get slowly but surely back to normal,” she told ABC News.

Others are more concerned.

“All the data says to me that we’re fraying at the edges,” White told ABC News.

At Hazelden Betty Ford, admissions to its residential programs — including its center for young adults — have reached record highs in 2022.

“I don’t see anything to say we’re moving in a better direction,” White told ABC News, “at least, not yet.”

Martin, for his part, is hopeful the pandemic can mean a new beginning.

“That popping sound of that first beer, it used to literally be music to my ears — but not anymore,” he told ABC News.

He found a rare room at a rehab in Long Beach, and he said he’s been faithfully attending AA meetings.