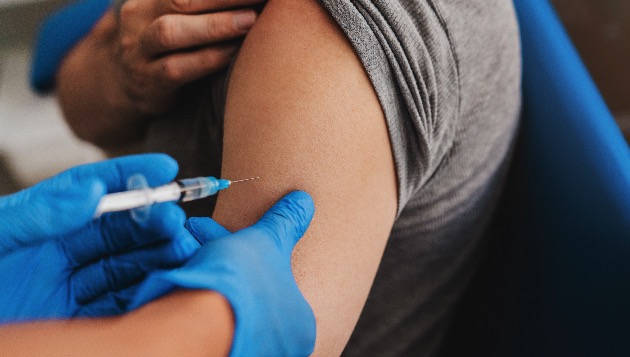 (JACKSONVILLE, Fla.) — On a Friday in July, Dr. Leon Haley Jr. could be found going from unit to unit at the hospital he led, personally administering COVID-19 vaccine doses to the staff at UF Health Jacksonville in Florida.

“When you get the CEO and dean walking around during your workday, spending his time, it’s pretty impressive,” Dr. David Vukich, chief medical officer for UF Health Jacksonville, told ABC News. “It’s not like he didn’t have anything to do.”

Haley was able to vaccinate 15 people, hospital officials said, during what would end up being his last day at the medical center. The following morning, on July 24, Haley was fatally injured in a jet ski accident in Palm Beach after reportedly losing control of the watercraft. He was 56.

Haley’s death shocked and saddened many in the Jacksonville community and beyond. The mayor, Lenny Curry, said in a statement that “losing him is tragic and painful.”

The Pittsburgh native was a star in the world of emergency medicine, according to Vukich, who himself is an emergency physician.

“The hard job? Give it to me. Have to stay up late? I’ll take it. Have to work weekends? Sign me up. That was the kind of guy he was,” Vukich said.

When the University of Florida College of Medicine-Jacksonville was looking for a new dean, Vukich cold-called Haley, who was previously the executive associate dean of the Emory School of Medicine and deputy senior vice president of medical affairs at Grady Memorial Hospital in Atlanta, about the opportunity.

“As soon as he came down and interviewed, he just hit it out of the park,” said Vukich, who was the chair of the search committee. “I was so impressed.”

Haley became dean of the medical school in January 2017 and CEO of UF Health Jacksonville the following year. He also was a professor of emergency medicine and vice president for health affairs at the University of Florida.

Remembrances described Haley as a charismatic and beloved leader, a distinguished dresser and, foremost, a public servant to those most in need.

“I don’t think we’re being hyperbolic about it when myself and other people describe him and talk about him. He was the real deal,” Vukich said. “He was an extraordinary leader, and one who never put himself above anybody else.”

Haley had three children — a daughter, Nichelle, and two sons, Wesley and Grant, who described his father as “the greatest man I will ever know.”

“He was a servant, he was a hero, who dedicated his life to others, especially his family,” Grant Haley, who plays in the NFL for the New Orleans Saints, said during his father’s funeral service last month.

Haley was among those at the forefront of the COVID-19 response in Jacksonville. In December, he was the first person in Florida to roll up his sleeve and get the vaccine, according to hospital officials.

It was a moment Haley described as “humbling.”

“This is an important step today in our battle to end this pandemic,” he said in a statement at the time.

Since Haley’s death, the Jacksonville community has continued Haley’s mission, vaccinating hundreds at clinics in his honor.

On July 30, UF Health Jacksonville held a vaccine rally for staff and faculty at its two campuses, during which 152 people got vaccinated in Haley’s honor, hospital officials said.

Like in other health care settings, inoculation has been an “uphill battle” at the hospital, Vukich said, with vaccination rates varying widely among staff. Among physicians, it’s over 95%, while for nurses, it’s around 50%, he said.

Haley had walked around the halls of the hospital the day before his untimely death because he was “concerned that not all of his health care workers were vaccinated,” Dr. Kent Fuchs, president of the University of Florida, said during the funeral service.

“He worked tirelessly with his business and civic partners to join forces against the pandemic, and indeed if there was an Olympics for fighting COVID in Florida, Dr. Haley would win the gold,” Fuchs said.

One hospital worker who decided to get vaccinated at the rally said Haley’s passing “and his last push for vaccinations” inspired her and her husband to get the shot.

“I hope others follow in honoring our great leader,” Melissa Caperton, a reimbursement and quality improvement manager, said in a hospital statement.

Other vaccine clinics in Haley’s honor have followed. On Aug. 5, JEA, an electric, water and sewer utility where Haley sat on the board, helped host an event that vaccinated 143 employees and people in the community, the company said.

“He was so involved in the response for COVID-19 in the community and promoting vaccines, we felt like it was a good way to honor him and remember him and his legacy,” JEA Managing Director and CEO Jay Stowe told ABC News.

JEA will be hosting a second clinic in Haley’s honor this Thursday, so people can get their second dose or first if they haven’t been vaccinated yet.

In Duval County, where Jacksonville sits, about 54% of residents ages 12 and up are fully vaccinated, according to data from the Centers for Disease Control and Prevention.

In the weeks since his sudden death, those who worked with Haley at UF Health Jacksonville haven’t had much time to grieve, Vukich said, as they’ve grappled with a surge in COVID-19 hospitalizations of overwhelmingly unvaccinated patients.

“They just get buried in the burnout and the PTSD and everything else that’s going on,” Vukich said. “I think we’re dragging out our mourning.”

Vukich hopes to continue to honor Haley, such as through an honorary chair in emergency medicine or a scholarship in his name. The hospital has also created a sticker to go on the ID badges of staff who get vaccinated that says “Haley hero” and printed in his favorite color, purple.

“Haley was a hero,” Vukich said, “and that we lost him so early is a tragedy of many types.”