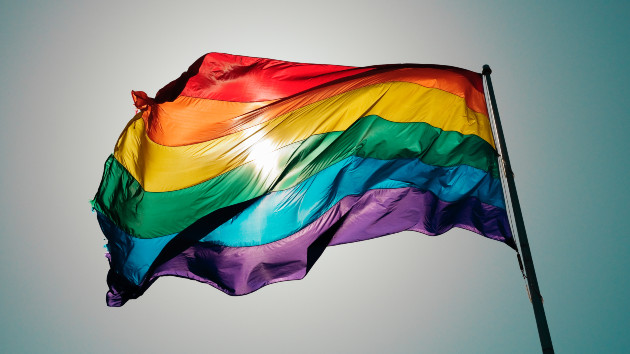 (NEW YORK) — Amid a nationwide wave of what they call legislation targeting LGBTQ rights and representation, advocates are concerned about the impact on the mental health of LGBTQ youth.

This population already struggles disproportionately with mental illness and suicide. The Centers for Disease Control and Prevention reports LGBTQ students are about four times more likely to have attempted suicide than their heterosexual peers, according to a study released in late March that tracked data from 2009 to 2019.

That same study showed LGBTQ youth self-reported persistent feelings of sadness or hopelessness at more than twice the rate of their heterosexual peers.

He cited family conflicts, heightened stress, lack of community support, bullying and whether or not a child has an affirming environment as potential risk factors.

“I think the really important point to make is that LGBTQ young people are not born inherently more likely to attempt or consider suicide,” Paley said. “LGBTQ young people end up attempting or considering suicide because of the stigma and discrimination and isolation that they face in society.”

Paley explained The Trevor Project has been monitoring an upward trend in reported suicidal thoughts and suicide attempts among this population over the last few years.

“And that coincides with a really difficult time for so many LGBTQ young people, as they are being attacked in legislative contexts,” Paley said.

More than 300 bills targeting LGBTQ people have been introduced so far this year, according to the Human Rights Campaign.

“When you hear people in positions of power saying people can’t talk about your identity in schools, that you can’t use the restroom, that you can’t access medical care. That’s very scary,” Paley said. “Those policies are harmful and dangerous, but even more than that, the words around them really impact the mental health of LGBTQ youth.”

Along with the impacts of hostile legislation, LGBTQ young people are feeling the mental health effects of the COVID-19 pandemic, which has heightened attention on mental health concerns across the nation over the last two years.

“The pandemic has been incredibly difficult for LGBTQ youth, who may not be able to live as their authentic selves when they’ve been home so much during the last few years, and that’s really exacerbated the mental health crisis among that population,” said Hannah Wesolowski, chief advocacy officer for the National Alliance on Mental Illness.

On Tuesday, co-chair of the congressional LGBTQ+ Equality Caucus, Rep. Sharice Davids, D-Kansas, introduced the Pride in Mental Health Act. The bill would create a new program at the Substance Abuse and Mental Health Services Administration (SAMHSA) to “assess and improve LGBTQ+ youth mental health,” according to a press release from the caucus.

The legislation would also amend the Child Abuse Prevention and Treatment Act to provide specific protections for LGBTQ youth with the aim of improving data collection related to abuse and neglect among that population.

“Mental health is a growing concern for families and communities across the country, and frankly, we are failing many of our most vulnerable children on this issue,” Davids said in a press release. “When we talk about improving mental health, we’re really talking about saving these kids’ lives.”

The National Suicide Prevention Lifeline offers crisis support services as well. In July, that hotline will transition to a new three-digit number, 988, that advocates envision as the mental health equivalent of 911.

The Trevor Project was among the advocates for the establishment of the new number for the Lifeline. Paley says the organization is working with the Department of Health and Human Services SAMHSA to create an integration in the Lifeline service to connect LGBTQ young people who call in to counselors specifically trained to support and understand their needs.

“I think the biggest thing about providing these crisis resources is they need to be culturally competent,” Wesolowski said. “Somebody who identifies as LGBTQ talking to somebody who can understand their experience is really important to de-escalating that.”

There is no current timeline for when that integration with the Lifeline will be up and running. Efforts to get the new number launched are still underway and complicated by underfunding.

“We think the intention of 988 is so incredibly important,” Paley said. “We need to make sure that the federal government puts the resources to execute it properly. And so that’s what we’re in discussions about to make sure that we can provide more access for LGBTQ youth.”

If you are struggling with thoughts of suicide or worried about a friend or loved one, help is available. Call the National Suicide Prevention Lifeline at 1-800-273-8255 [TALK] for free, confidential emotional support 24 hours a day, 7 days a week. You can also reach the Trevor Project at 1-866-488-7386 or the Crisis Text Line by texting “START” to 741741.