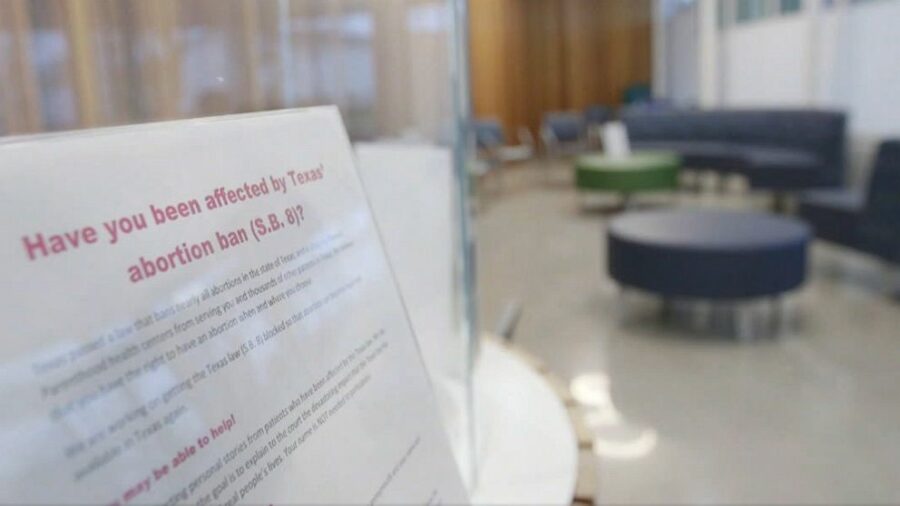 (NEW YORK) — As states across the country have passed bans against abortion, more women have had to spend time and money heading across state lines to get the legal procedure.

And with the Supreme Court poised to roll back Roe v. Wade, abortion rights activists told ABC News they fear that it will become near impossible for women in the South and Midwest to get a legal and safe procedure.

Two women who recently had to travel hundreds of miles to get an abortion allowed “Nightline,” to accompany them through the process in hopes that people, including policymakers, can see just how devastating those laws will be to other women in the same situation.

“I feel like people need to know and need to know our side of the story,” said “Marie,” a 31-year-old Texas woman who got an abortion in Tulsa, Oklahoma last month and asked ABC News not to reveal her real name. “We’re not evil. We’re not baby killers.”

After Texas passed its ban on abortions following six weeks in the fall, Marie had to look for health care centers in nearby Oklahoma. The state’s Planned Parenthood centers saw a 2,500% jump in patients from Texas following the ban, according to the non-profit.

Marie told ABC News she had to wait more than a month for an open appointment, had to take a week vacation from her job and had to drive 14 hours straight to the Planned Parenthood center in Tulsa.

“In the car by myself for 14 hours, you definitely have a lot of time to think,” she said. “It’s been really, really hard.”

Marie said she felt more nervous because of news reports of copycat abortion bans that made its way through the Oklahoma State Legislature. Marie was able to get her procedure done before Gov. Kevin Sitt signed a copycat bill into law on May. 3.

“How dare you try and force people to do things the way you want them to do them. It’s our bodies. I feel like women will be desperate, harm themselves,” Marie said.

Nicole, a 39-year-old mother of two who recently traveled to Kansas to get an abortion, also shared that sentiment with “Nightline.” Nicole said that even though she has a full time job and loves being a mom. But she and her partner could not afford to have another child.

Her situation is common among abortion patients, according to health data. The U.S. Centers for Disease Control and Prevention said about 60% of patients who have had an abortion have at least one child.

“I wanted to give a voice to the older women- [who] already have kids, and I want to give an opportunity for the government to see how it affects us,” Nicole told “Nightline” about why she wanted to tell her story.

Nicole was early enough in her pregnancy that she could have a medication abortion, but due to a backlog in Oklahoma she had to drive to Kansas to get the pills. She told “Nightline” that she had to pay for travel, find childcare for her two boys and drive back and forth to the clinic.

Nicole said the experience backed up her concerns about raising another child.

“If I struggle to pay $800, $900 to take care of something like this, how would I be able to take the money, the time, and everything, and take care of a child?” she said.

Kansas could become another state to ban abortions. The right to an abortion is currently protected by the state constitution but the public could vote to restrict it through a ballot initiative scheduled for Aug. 2.

Nicole and Marie told “Nightline” that they are upset that lawmakers aren’t considering the circumstances that women are in when they make decisions regarding abortion rights.

Marie added that her experience has made her want to speak out more.

“I feel like it’s going to affect my life now forever because I’m going to fight more for women in this situation that don’t have any other choices,” she said.