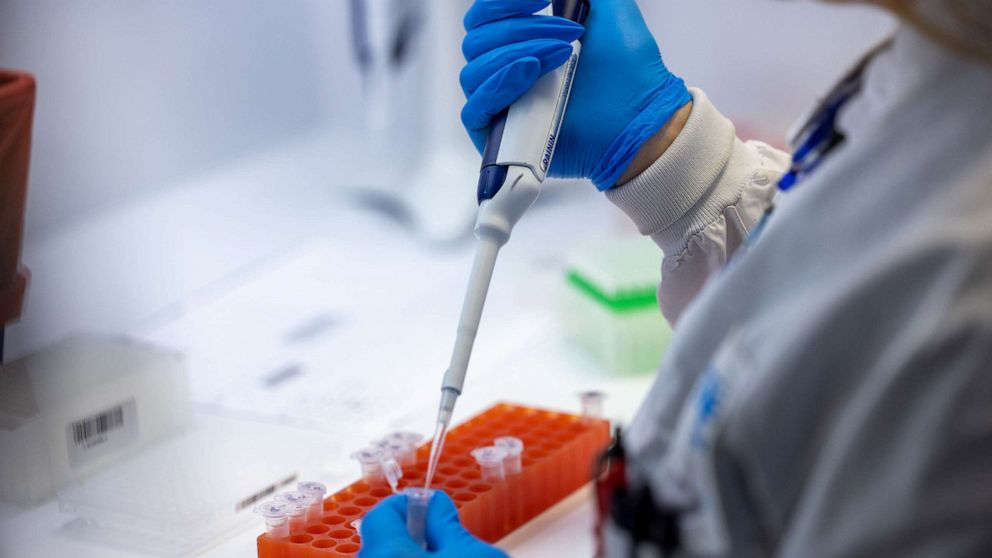 (NEW YORK) — At least eight children in the U.S. have now tested positive for monkeypox, after health officials in Harris County, Texas, confirmed to ABC News that a presumptive case had been identified in a child under the age of 2.

Officials reported the child has been completely asymptomatic, according to the child’s parents, with no other symptoms other than a residual rash. The child is expected to make a full recovery, and is doing “very, very well,” Harris County Judge Lina Hidalgo said during a press conference on Tuesday.

“I understand that it’s a very scary thing, and parents have concerns, and what we need to make sure is to be vigilant and understand the risks, not assume the worst. But this reminds us that this is very real,” Hidalgo said.

The family has also been fully cooperative, and is assisting with contact tracing, though the child has not been in any day care or school settings. Thus far, no one else in the child’s circle has been identified as positive for monkeypox, according to officials.

How this child contracted monkeypox is still unknown, Hidalgo said.

“I understand this is a very, very worrisome for parents, especially as school is starting back up knowing that a child in our community has now contracted or as a presumptive positive for the monkey pox virus. It opens up a lot of questions about how this is spread. It makes people very worried. It makes things very tangible,” Hidalgo added.

Although this is indeed a “rare” case, Hidalgo noted that “we always knew that any person in this community can contract monkeypox. We knew that it was possible for a child to be exposed. Anyone can get this virus, so this isn’t entirely unexpected.”

Officials in Maine also announced Friday that they, too, had confirmed a positive monkeypox case in a child. No further information about the case has been released due to concerns over patient privacy, officials said.

“Maine CDC [Center for Disease Control and Prevention] is working to identify any others who may have been exposed and make vaccination available to close contacts,” officials wrote in a press release.

In addition to the cases in children reported in Maine and Florida, two cases have been confirmed in California, as well another two in Indiana, and a case in a non-U.S. resident reported in Washington, D.C.

The majority of cases in the current monkeypox outbreak have been detected in gay, bisexual or other men who have sex with men. However, health officials have repeatedly stressed that anyone can contract the virus.

The Centers for Disease Control and Prevention has previously warned that there has been some preliminary evidence to suggest that children younger than 8 years old are at risk of developing more severe illness if infected, alongside pregnant people and those who are immunocompromised.

However, last week, in an effort to protect the youngest Americans, the Food and Drug Administration issued an emergency use authorization that allows health care for children under 18 who are at high risk of monkeypox to be vaccinated.

Across the globe, nearly 32,000 cases of monkeypox have now been reported, including nearly 12,000 cases in the U.S. — the most of any country, according to the CDC. All but one U.S. state — Wyoming — have now confirmed at least one positive monkeypox case.

Monkeypox primarily spreads through prolonged skin-to-skin contact with infected people’s lesions or bodily fluids, according to the CDC. In addition to lesions, which can appear like pimples or blisters, the most common symptoms associated with monkeypox are swollen lymph nodes, fever, headache, fatigue and muscle aches.