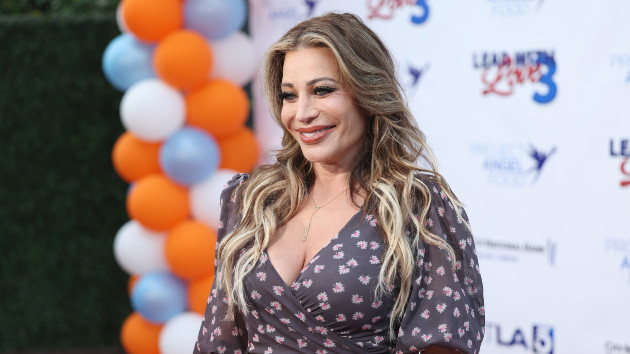 (NEW YORK) — Taylor Dayne is known on stage for her ’80s top-hits like “Tell It to My Heart,” “Prove Your Love” and “Love Will Lead You Back,” but now she is stepping back into the spotlight for a different reason. The Grammy-nominated singer wants to raise awareness about the importance of self-advocacy and routine screenings — which could be lifesaving.

In July, the 60-year-old singer was diagnosed with colon cancer after a routine colonoscopy, a procedure that she has twice a year after doctors found benign polyps in the past. This time, she said doctors discovered a polyp that held an aggressive cancer.

Dayne said her world went “dark” at the word “cancer,” but said that her doctor re-assured her they had found her illness early, which increases the chance of positive treatment outcomes.

“He never even said the stage,” said Dayne, who thought back to her last colonoscopy. “All I could do is [think], ‘OK, five months ago, I know there was nothing. So this is early detection.”

Colon cancer is the third most leading cause of cancer-related deaths in the U.S., according to the American Cancer Society, but also highly treatable and curable, if found early through a colonoscopy.

Dayne said weeks after she discovered her cancer, she underwent surgery that removed 10 inches of her colon and was declared cancer free right after the procedure.

Although she said she didn’t have to undergo chemo or radiation, she said she experienced a “complication” during her recovery and developed an infection post-operation.

“I ended up staying in the hospital for about 15 days, 20 days,” said Dayne. “There’s no guarantees when they open you up, what’s going to happen. That’s really the truth.”

Once Dayne was released from the hospital, she said she had to focus on getting better, not just physically, but emotionally. Her hospitalization brought her back to traumatic memories from her childhood when she suffered from terrible kidney infections.

“For me, being back, I felt like I was four years old again back in the hospital, basically locked inside my own body without a voice,” said Dayne. “So, this has challenged me mentally, emotionally. I am now back in a therapy program.”

Now, Dayne said she is feeling stronger and wants others, especially women, to talk to their doctors about their own personal risk factors and when they should be screened for things like colon cancer — just in case.

“When you’re really sick, you don’t have the energy, you’re really relying on your champions around you, your soldiers, your people,” she said. “Find the doctor that will tell you the truth. Be a warrior for yourself.”