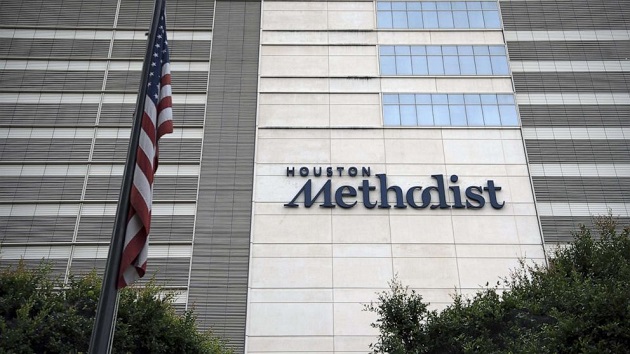 (HOUSTON) — Over 100 employees have joined a lawsuit against Houston Methodist hospital in Texas for requiring all employees to get the COVID-19 vaccine.

The network, which oversees eight hospitals and has more than 26,000 employees, gave workers a deadline of June 7 to get the vaccine. If not, staffers risk suspension and termination, according to the lawsuit.

As a result, 117 employees have joined a lawsuit filed Friday in Montgomery County that alleges the hospital is “illegally requiring its employees to be injected with an experimental vaccine as a condition of employment.”

The lawsuit cited that the U.S. Food and Drug Administration issued its first emergency use authorization for COVID-19 in December 2020, but the vaccines are awaiting full FDA approval and licensing, which will likely take months for the agency to review additional data.

The complaint cited that forcing employees to get the vaccine violates Nuremberg Code, a medical ethics code which bans forced medical experiments and mandates voluntary consent.

Hospital CEO Dr. Marc Boom sent out a letter in April to staffers announcing that employees have to be vaccinated by June 7. “Please see the HR policy that outlines the consequences of not being compliant by June 7, which include suspension and eventually termination,” the letter, which was included in the lawsuit, stated.

Attorney Jared Woodfill, who filed the lawsuit, told ABC News that Houston Methodist is forcing employees to get the shot to boost the hospital’s profits.

“To promote its business and increase profits at the expense of other health care providers and their employees’ health, Defendants advertise to the public that they ‘require all employees and employed physicians to get a COVID-19 vaccine.’ More clearly, Defendants’ employees are being forced to serve as human ‘guinea pigs’ to increase Defendants’ profits,” Woodfill said.

“It is a severe and blatant violation of the Nuremberg Code and the public policy of the state of Texas,” he added on the vaccine requirement.

The lawsuit says forcing the plaintiffs to take the vaccine violates public policy in Texas and requests a temporary injunction to prevent the hospital from terminating employees for refusing to get a vaccine shot.

When asked about alternative options for employees who did not want to get the COVID vaccine, Houston Methodist told ABC News that it offered “religious and medical exemptions, as well as deferrals for pregnant women.”

The Equal Opportunity Employment Commission, a federal government agency that protects workers from discrimination, issued a new guidance Friday that said employers can legally require COVID-19 vaccines to re-enter a physical workplace as long as they follow requirements to find alternative arrangements for employees unable to get vaccinated for medical reasons or religious beliefs.

Some of those accommodations may be allowing an unvaccinated employee to wear a face mask and social distance while at work, to work a modified shift, get periodic tests for COVID-19, be given the opportunity to telework or accept a reassignment, according to the guidance.

EEOC reminded employees in the document that they are legally protected from harassment such as anti-Asian bias or if they feel they are not being allowed to work because they are high risk from COVID-19.

Houston Methodist CEO Boom released a statement in response to the lawsuit Friday, saying 99% of the network’s employees have been vaccinated.

“It is unfortunate that the few remaining employees who refuse to get vaccinated and put our patients first are responding in this way,” he said in the statement sent to ABC News. “It is legal for health care institutions to mandate vaccines, as we have done with the flu vaccine since 2009. The COVID-19 vaccines have proven through rigorous trials to be very safe and very effective and are not experimental.”